“When one door closes, another opens,” opined Scottish scientist and inventor of the first practical telephone, Alexander Graham Bell. Ultimately, the sentiment was all about learning from mistakes — success doesn’t always come the first time around.

Translated to the 21st-century startup world, this mantra can be applied to the myriad fledgling tech firms that crop up and disappear almost as quickly. Earlier this week, sleep-monitoring company Hello — funded to the tune of $40 million — became the latest startup to fall by the wayside with the announcement that it was shutting down, though its Sense sleep tracker may continue if it can find a buyer.

Fast forward three days, and another sleep-monitoring startup is today officially launching its head-mounted wearable to the world, as well as announcing a fresh tranche of funding.

Founded out of France in 2014, Rythm is now based in San Francisco, where it has been working toward bringing its Dreem machine headband to market. Today, the final version of the device is being made available for preorder at $400, $100 less than its anticipated final retail price, with the special early bird price available from today through July 15.

It’s worth noting here that Rythm previously sold a beta version of the device for $349 — but today is the official launch of a market-ready unit.

In a nutshell, Rythm touts itself as a neurotechnology company that’s setting out to “enhance” your sleep, helping you “fall asleep faster, get deeper sleep, and wake up refreshed,” according to a company statement. The magical headband monitors and analyzes your brain activity and “acts” on your brain by emitting sounds to aid the sleeping process. 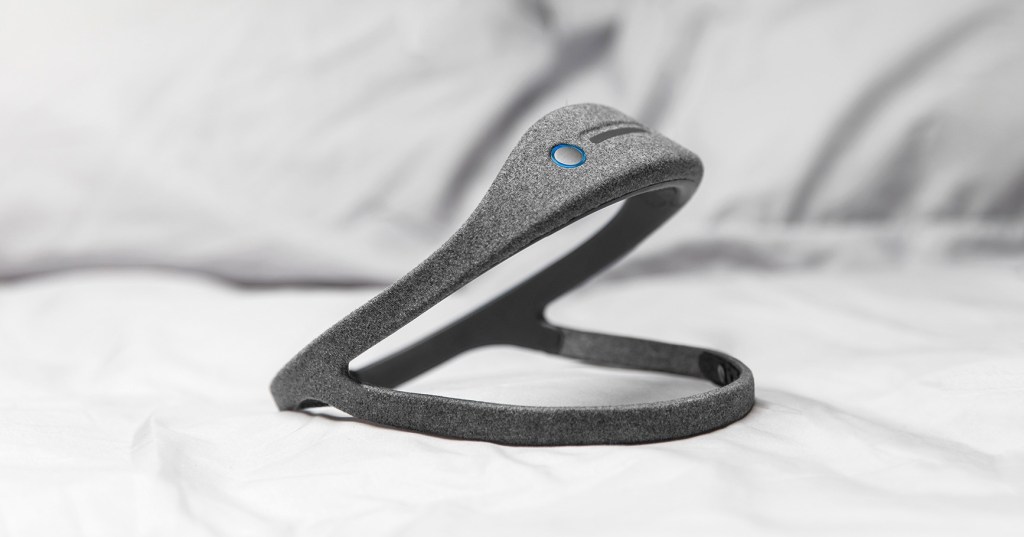 Lack of quality sleep has long been known to have consequences on the human body far beyond simply feeling tired — diabetes, obesity, heart disease, and all-round poor brain function are all thought to have some link to inadequate sleep.

“Rythm started with one single idea — to monitor and influence brain activity based on auditory stimulation to enhance sleep quality,” said Rythm cofounder and CEO Hugo Mercier. “Now after our successful beta test, we have learned from our users and expanded what the headband can do. The launch of Dreem is a breakthrough moment and we are thrilled to get our product to consumers so they can get on the path to better sleep.”

According to Rythm, Dreem is “packed with complex technology,” including dry polymer EEG electrodes to monitor brain activity during sleep and bone-conduction smarts on the front of the device that emit “subtle, precise sounds directly into your inner ear.” There’s also an alarm clock designed to wake you based on your sleep stages, a process that kicks in 20 minutes before you’re scheduled to awaken.

At any rate, analysis is carried out on an internal CPU, with users able to view their data through a dedicated Dreem app to see how they slept and receive “personalized insights.”

A number of companies are attempting to tackle the perennial lack of sleep that impacts millions of people globally. Samsung launched SleepSense, a smart sleep tracker that connects to your home appliances, while earlier this year Apple acquired Finnish sleep tracking tech firm Beddit. Then there’s EverSleep, which recently launched a crowdfunding campaign for a contraption that detects sleep conditions such as snoring, apnea, and insomnia.

But Rythm is adamant that it has the most comprehensive offering on the market, one that not only tracks sleeping patterns to garner data but also helps you get to sleep, helps you stay asleep, and helps you wake up at the right time.

“Everybody can benefit from better sleep, and we wanted to launch a product that could work for anyone, regardless of their issue,” added Mercier. “Our goal was to launch a complete, comprehensive solution with multiple features so that it can help as many people as possible. We know with Dreem we have achieved that.”

Rythm also announced a funding round of $11 million today, which is in addition to the $11 million it raised last March and comes from billionaire French entrepreneur Xavier Niel, biotechnology doctor Laurent Alexandre, French insurance leader MAIF, and the French government-backed Innovation Commission 2030. The funding constitutes $9 million from private investors and $2.5 million from public grants.

Preorders for the final version of Dreem are open from today, with the product expected to ship later this fall.