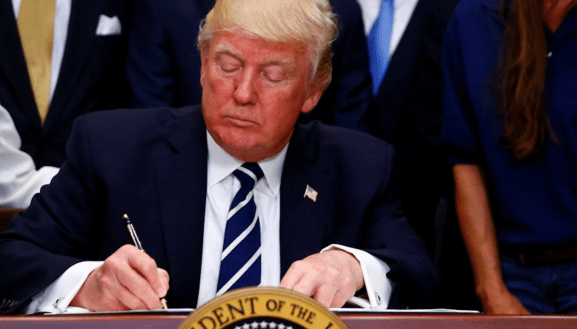 America has more than 6 million vacant jobs, yet the country is “facing a serious skills gap,” Labor Secretary R. Alexander Acosta recently said. And last week his boss, President Donald Trump, said he wants to close this gap by directing $100 million of federal money into apprenticeship programs. Apprenticeships in the U.S. are generally known for training workers for blue collar jobs like plumbers or electricians, but with a little tweak, they could be the path to lucrative, white collar tech jobs across the country. Not just in coastal cities, but also in the Midwest, South, and across the Great Plains.

But to get there we need to erase the notion that highly paid jobs require a college degree. It’s not always true. LinkedIn CEO Jeff Weiner, among others, has called for a shift in focus: “skills, not degrees. It’s not skills at the exclusion of degrees. It’s just expanding our perspective to go beyond degrees.”

An academic degree signals to employers that a person has successfully completed a course of study, but it does not provide a clear assessment of someone’s skills. Companies, especially in the science, technology, engineering, and mathematics (STEM) industries, are shifting their recruiting process from “where did you study?” to “what can you do?”.

While the school I run is not an apprenticeship, the experience of its graduates validates this new emphasis. My students learn software engineering by practicing and by being coached by skilled professionals. They end up working for Silicon Valley companies, including top names like Apple, NASA, and LinkedIn. A lot of them are earning six figures before graduating and are definitely not taking low-skilled jobs. (The Udacity-Reno Connect program takes a similar approach.)

Apprenticeship and skills-based training in the U.S. historically have a role in trades and factory work. In Europe, however, skills-based training is embraced by other industries. For instance, Solomon Hykes, founder of the billion-dollar startup Docker, was trained at EPITECH, a school where students learn by doing. Sergio P. Ermotti, CEO of UBS, one of the world’s largest and most profitable multinational investment banks, started his career as an apprentice. The U.S. needs to stop considering apprenticeships as only able to train “middle-skilled” or blue collar jobs. In Germany, even factory workers need a rigorous training that will get them to work with robots and requiring mechanical and IT skills. Certainly those applying for new or “returning jobs” at American manufacturers need similar skills.

And that’s the catch. As Wes Bush, CEO of Fortune 500 Northrop Grumman, said, “Unfortunately, the skills of many new and existing workers have not kept up with the requirements of current and future jobs.”

The widespread need for such skills was, in part, behind my tweeted suggestion to Jeff Bezos’ request for philanthropic ideas. I asked the Amazon CEO to consider the type of education that delivers immediate and lasting positive impact. Skills-based training provides students the relevant skills to find a job upon graduation — and sometimes before.

Over time all industries change and require other sets of skills, and professionals will need to retrain. The key is to equip American professionals with the capacity to continue to train and grow all along their career. There was a time when most people could make a career out of a skill, or stay within the same type of job, but workers today constantly need to adapt. They must become lifelong learners: Teach a student one skill and you got him one job; teach a student to learn and you got him lifetime employment.

Colleges have done something right for centuries, but they are definitely serving a specific type of learner and will ultimately output a specific type of worker. Meanwhile, companies are big consumers of all types of workers. Skills-based training and apprenticeships can bring in more types of learner, teach them more skills, and provide better jobs — both blue collar and white collar, and put them on a path to great careers.

As the President’s daughter Ivanka said, “There has been great focus on four-year higher education, and in reality, that is not the right path for everyone.”