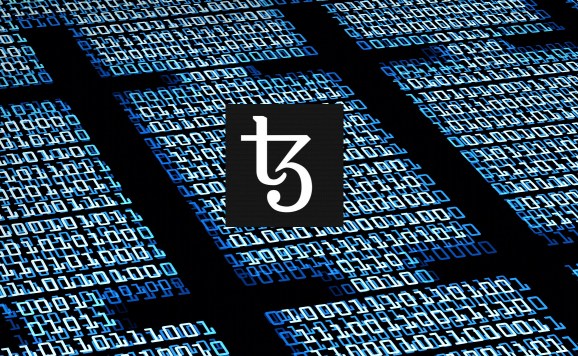 What had investors excited about Tezos was the fact that it’s a whole new blockchain (currently in alpha testing) that has 1) built-in methods for self-governance and 2) a potentially better approach to smart contracts than the well-established Ethereum blockchain.

The startup also managed to partner up with big-name Silicon Valley VC Tim Draper, which did a lot to lend credibility to the Tezos project at a time when many blockchain startups are launching ICOs without any usable product to show for themselves.

There’s more to the Tezos fundraise than just a hefty ICO haul, though. The fact that this particular startup drew this much interest tells us some interesting things about the blockchain world at the moment:

1. There’s a call for chain stability

Blockchains are, by definition, decentralized entities. There’s no central body in charge, and that can mean there are problems steering the ship when various voices in the community disagree. The two most well-established blockchains, Bitcoin and Ethereum, have both run into trouble as a result. The Ethereum chain was launched without any built-in governance rules, and when two factions of the community couldn’t agree last year over a plan to modify the platform, the chain split. Two Ethereum blockchains are now in operation.

The Bitcoin blockchain is facing a potential split at this very moment, with factions arguing for and against a proposed change to the Bitcoin code that could increase the chain’s capacity. The lock-in period for committing to the change actually began yesterday. And while, as of last night, the prospect of avoiding a split looks good, Bitcoin prices have seen substantial volatility over the last month as a result of the uncertainty.

But on Tezos, “there is an attempt to place a governance structure in code so you can modify the underlying system” when needed, Tezos advisor and IC3 director Emin Gun Sirer, told Venturebeat. Anyone who owns a coin gets to vote and the code abides by the winning decision — a clear rule intended to make a split impossible.

This isn’t to say Tezos has the problem solved. It’s a very young platform and is bound to run into troubles of its own. And, as Gun Sirer explained, it is just the first of what could be many experiments in built-in governance structures. Tezos is governed by “coin voting”; competing chains could emerge with other mechanisms.

The real takeaway here is that a $232 million raise tells us built-in governance is something the blockchain world sees as very important.

“[Tezos’ solution] is very theoretical at this stage. We’ll have to see how it plays out in practice. But it’s a good experiment to run. We can learn a lot from it even if it fails,” Sid Kalla of cryptocurrency research group Smith + Crown told VentureBeat.

2. And a push for better — and more — chain options

Smart contracts, if you’re new to them, are an extremely important part of the “decentralization promise” of blockchain technology. Ethereum defines them as “applications that run exactly as programmed without any possibility of downtime, censorship, fraud, or third party interference.” (The Bitcoin blockchain, by the way, doesn’t have smart contract capabilities built-in, unlike Ethereum and Tezos, although a startup called RSK is working to enable smart contracts on Bitcoin.)

The size of Tezos’ fundraise tells us “we’re at the start of the smart contract platform wars,” said Charlie Morris, of cryptocurrency asset management firm NextBlock. “Ethereum is the biggest now, but we are seeing with Tezos and IOTA [a blockchain specifically for the Internet of Things] and Qtum in China that there are alternatives. We may even see regional disparities in blockchains.”

Morris said he sees three potential futures for smart contract platforms: 1) A single “all-powerful” platform that everyone uses, 2) a multiplatform world, with platforms serving different use cases, such as IOTA for Internet of Things, and 3) a world where the community of blockchain applications, called dApps (for “decentralized apps”), “spin up their own version of a blockchain and connect to others via a parachain.” (Parachains, which would enable inter-blockchain transactions, don’t exist yet, said Morris, but are in the works by groups such as Cosmos and Polkadot.)

So the Tezos raise tells us there is no clear winner yet among the existing blockchain platforms — that we can expect to see increased competition and evolution. “It’s very possible that what will be the leading smart contract platform in 10 years doesn’t exist yet,” said Morris.

With the current popularity of ICOs, a number of the investors in Tezos were likely speculators. But a lot of funding likely came from crypto-millionaires — early investors in Bitcoin and Ethereum as well as those rich off of recent ICOs, Morris and Gun Sirer said. There seems to be an ethic in the blockchain community to channel profits back into the ecosystem by supporting new projects. It’s all about keeping the experiment in decentralization going.

The Tezos team is 11 developers strong. A $232 million fundraise for that size team with only an alpha-stage product seems incredible. Even more incredible is that this team (along with a small group of PhDs and academics, according to the company) is building a blockchain to compete with the well-entrenched and highly popular Ethereum platform.

But unlike the “traditional” startup community, in the blockchain startup community the experiment appears to be more important than a dollar return on investment. Tezos’ promised improvements over Ethereum may or may not pan out, and the cryptocurrency millionaires who backed the young company seem to understand that. “It is a risk giving such a small team that much money. On the other hand, this is a team that’s competing against the well-funded Ethereum, so they do need lots of cash to compete,” NextBlock’s Morris explained. “This is not a backlash against Ethereum saying ‘we must have governance’; it’s an experiment.”

Ultimately, even if Tezos fails in outcompeting Ethereum, as long as it gets the chance to test out its ideals in real life, many of its investors may still consider that a worthwhile return.