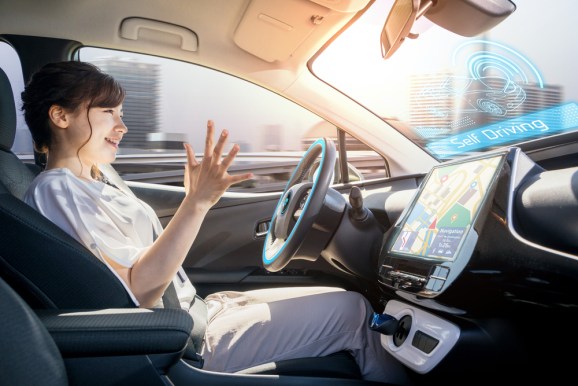 A new investment vehicle aimed specifically at mobility startups has closed its inaugural fund at $42 million.

Launched out of Israel in 2016, Maniv Mobility — an offshoot of an existing family investment firm — said that its final close was more than double its original target. The fund claims a few big name investors, including InMotion Ventures, an independent venture launched by Jaguar Land Rover last year. InMotion has already invested directly in some notable automotive companies, including Lyft, which reeled in $25 million as part of a self-driving car partnership.

Maniv Mobility’s main focus will be on seed- and series A-stage startups in Israel and the U.S.

The fund has already made a handful of investments, including in Otonomo, an Israeli startup that helps connect apps with millions of connected cars.

It’s worth noting here that although the automotive industry plays a central role in Maniv Mobility’s investments, the focus is actually on “mobility” more generally, which is why the fund has also invested in Intuition Robotics, a company that builds companion robots for elderly people.

Israel has emerged at the forefront of the burgeoning auto tech sphere, and its position was rubberstamped this year when Intel shelled out more than $15 billion for Mobileye, an Israeli computer vision company specializing in autonomous cars.

“Some hugely promising businesses are being built in Israel, so expanding our reach here has been an important objective,” explained Sebastian Peck, managing director at InMotion Ventures. “InMotion’s mission is to support the best mobility startups all over the world, and this partnership with Maniv will form an integral part of that.”

Similar to Autotech Ventures, Maniv Mobility was set up in large part to bridge the great divide between the old world order and the new, connecting established automotive corporations with emerging upstarts that need resources to scale.

“The move in locomotion from gasoline to electric, while being a crucial step, I now realize will also someday be seen as a historical footnote,” added Maniv Mobility founder Michael Granoff. “The true headline of the coming era in transportation is the switch from manual vehicles to automated ones. Automated vehicles will be electric — breaking oil’s stranglehold and giving us cleaner air. But these vehicles will do so much more: save lives and time through accident avoidance; expand mobility to the young, the old, the infirm; allow us to reclaim precious real estate from idle vehicles; and more.”