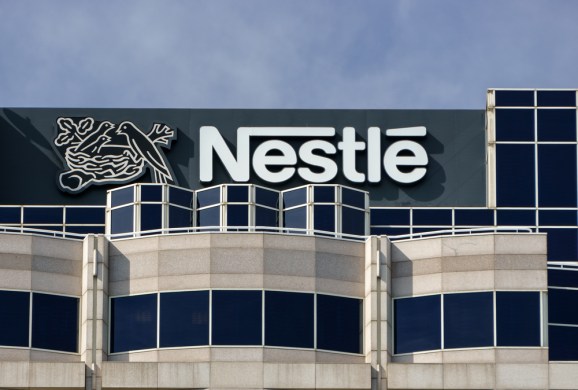 Blockchain, which first emerged as the system underpinning cryptocurrency bitcoin, is a shared record of data maintained by a network of computers, rather than a trusted third party.

A total of 10 companies said they will share data and run trials with IBM, including Kroger, Dole Food Company, McCormick & Company, Golden State Foods, Driscoll’s, and Berkshire Hathaway’s McLane Co. Walmart is also participating and has worked with IBM since October to track the movement of food products.

Walmart said in June that blockchain trials had helped it narrow the time it took to trace the movement of mangoes to 2.2 seconds from about seven days.

A single recall could cost anything from tens of thousands to millions of dollars in lost sales, Walmart’s head of food safety, Frank Yiannas, told Reuters last month.

Skeptics have warned that the technology is still in its early days and it may take years before companies reap benefits.

Retailers also are fiercely competitive and have a poor track record for collaboration, notably the demise of mobile payment app CurrentC, another highly anticipated industry venture.

“Yes, the industry is cautious because this could be the next best thing since sliced bread but you wouldn’t say everything was fine and dandy after a trial you had with just two suppliers,” Kroger’s head of food safety Howard Popoola told Reuters.

“The key right now is to involve suppliers and retailers and see how well we can share data to oil the IBM blockchain machine,” he said. “This is an opportunity for us to speak with one voice and say to the world that food safety is not going to be a competitive issue.”

IBM also said it was launching a blockchain platform that could make it easier for large companies to develop applications using the technology.

Because blockchain can quickly trace the hundreds of parties involved in the mass production and distribution of food, it is expected to make it easier to identify the source of potential contamination during food safety scares.