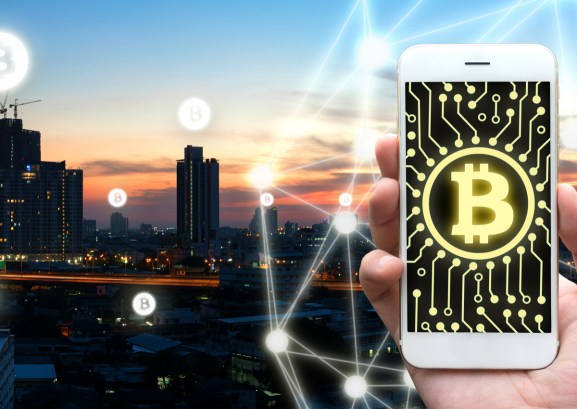 Interest in blockchain technology — and its associated blockbuster fundraises — has really started to take off over the past month or so after a couple of years picking up speed.

The first blockchain, the one that powers Bitcoin (now eight years old), primarily just caught the eye of digital currency enthusiasts. But later blockchains, most notably Ethereum, have targeted applications far beyond the finance space. Blockchain-based apps now exist to help musicians become their own distributors, enable gamers to trade game assets in an open market, and allow people to vote (and check their vote was properly counted), among many other things — the list is long.

But until recently, the public has largely continued to equate the label “blockchain” with Bitcoin and currency and so has missed a swell of activity and innovation happening across other blockchains. In the public space, hundreds of blockchain startups have been born over the past couple of years. However, no more than a handful of these companies are in Silicon Valley. In fact, much of the blockchain movement is happening outside the U.S., in Europe and China — so the Valley itself has been somewhat blind to the phenomenon.

Meanwhile, enterprises have been innovating with their own take on blockchain, giving birth to Hyperledger, an open source collaboration effort that focuses on using blockchains to enforce business-to-business contracts. A study from December indicated 12 percent of big businesses are already rolling out blockchain projects at some level, with another 25 percent planning projects for this year.

It’s hard to overstate the impact blockchains could have on society.

They could store our medical records, letting us share what pieces of information we want with whoever we want, and keeping the rest private. They could also enable digital IDs that would allow us to reveal only the necessary portions of our ID when asked — a bartender, for example, only needs to know your age, not your full name, address, and driver’s license number (that example comes from Colony’s Jack du Rose).

When coupled with IoT sensors, blockchains can track contaminants in our air, food, and water, and alert us to dangers. Imagine being able to see where your meat, milk, produce, medicines, and other products have been from source point to point of purchase — and to view what temperatures they’ve been stored at, and whether child labor or health/safety violations have been involved anywhere in production process.

Further, blockchains could completely change the way companies are organized and how we work, eliminating the need for bosses and offices; instead a distributed workforce would upvote and downvote ideas and grant work contracts, and individuals would be paid according to the quality of their work.

Fundamentally, what blockchains enable is transparency and trust — qualities that could reshape (and possibly disrupt) almost any industry.

But excitement over innovative applications isn’t the main reason you’re starting to hear so much about blockchain. The main reason is that there’s suddenly a lot of money in this space. And a lot of FOMO. (You can find out about profiting from the blockchain tech stack here.)

Bitcoin and Ethereum’s Ether currency have surged in value recently, and blockchain startups, rather than fundraising from VCs, are instead selling stakes in their companies in the form of cryptocurrency coins or “tokens.” The raises from these “initial coin offerings” (ICOs) are substantial — despite the fact that many of these companies have little more than a white paper or promo video to show for themselves. CoinMarketCap.com shows there are currently about 880 different blockchain-based cryptocurrencies in existence (that’s 170 more than six months ago), with a total market cap of $110 billion.

Even messaging app Kik recently launched a cryptocurrency to power its own marketplace (on the Ethereum blockchain) in an effort to expand its business.

The most recent blockbuster fundraise came just last week, with Bancor raising almost 397,000 Ether — the equivalent of about $143 million at the current exchange rate. And Tezos’ upcoming ICO, opening July 1, could be a record-setter.

Wondering how the actual technology works? Well, the underlying operation of a blockchain can differ from platform to platform (enterprise blockchains following the Hyperledger design, for example, don’t include a cryptocurrency), but this quick overview video from Institute for the Future provides a decent first introduction.

Expect to see a lot of talk about blockchain over the coming couple of years. As VentureBeat contributor Jeremy Epstein wrote recently, we will see some blockchains fail, but the overall trend is here to stay. Businesses, individuals, marketers, and investors will all need to adapt.