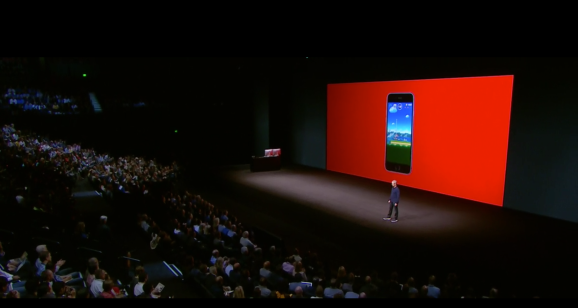 Apple’s iPhone 8 will be unveiled on September 12. The company today sent out invites to the event, which starts at 10:00 a.m. Pacific and will be held in the Steve Jobs Theater on the new Apple Park campus in Cupertino. “Let’s meet at our place,” reads the invitation to press. This will be Apple’s sixth consecutive product event held in September since the introduction of the iPhone 5 in 2012.

While the latest iPhone presentation is Apple’s most important event of the year, this one is particularly significant as this year marks the device’s 10-year anniversary (the original iPhone was unveiled in January 2007 and released in June 2007). The past year was also the first time Apple saw iPhone sales fall, and this push is expected to help counter that trend.

In terms of hardware, Apple is widely expected to introduce three new phones at the event (iPhone 7s, iPhone 7s Plus, and iPhone 8), Apple Watch Series 3 models with LTE support, and a new Apple TV with 4K support. The iPhone 8 is supposed to feature an OLED edge-to-edge display, wireless charging, and facial recognition — all features that exist in Android smartphones, but not in iOS devices.

In terms of software, Apple will share the release dates for iOS 11, macOS High Sierra, watchOS 4, and tvOS 11. The new operating system versions were all first announced at Apple’s WWDC conference in June and have been in beta testing ever since.

Apple will naturally also reveal when the first new iPhones will start to ship. The most likely date, based on past events, is September 22, 2017.