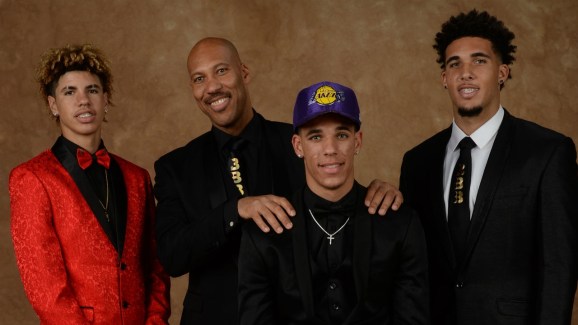 If you wake up every morning believing the world would be a better place with more reality TV shows, then Facebook has wonderful news for you.

The social networking company has released its first two original video programs: Ball in the Family and Virtually Dating.

Later, he adds, “This is kinda creepy.”

The fork you will need to stab your eyes out after watching is apparently sold separately.

I am old enough to remember when a company like Netflix launched its original programming by creating actual original programming that was actually great, with House of Cards. Though after five seasons, frankly, I am now wishing someone would do to the series what Claire Underwood did to Tom Yates this season.

But we live in a reality TV world, with a reality TV president. So it seems otherwise sane companies like Apple feel totally okay investing their money in nausea-inducing reality programming.

Following the debut of Virtually Dating on Wednesday, today we have the first two episodes of Ball in the Family. The drama, such as it is, follows the story of former NBA player LaVar Ball, who has three extremely talented sons aiming to follow in dad’s footsteps to play pro ball. Oldest, Lonzo, is a rookie with the Los Angeles Lakers. The second, LiAngelo, is a UCLA freshman. The third, LaMelo, is still in high school.

Ball also owns an apparel company called Big Baller. The first episode opens with the three sons wearing Big Baller clothing. So, basically, the series can be seen as a gigantic ad campaign paid for by Facebook.

Shameless marketing aside, the first two episodes follow the reality TV series template. Lots of fast cuts. People talking to the camera. Attempts at provocative statements. Patriarch Ball yelling about how great he is and how hot his wife is, and the sons telling us that we don’t really know their dad. Etc., etc., etc.

The most notable thing about it appears to be the fact that it only appears on Facebook, which hopes to use this to drive interest in its video-watching service, Watch, which is currently in limited rollout. The big question will be whether the platform drives more discovery and sharing of such shows.

For instance, we can embed an episode like this to give it even more free exposure:

So, the circle is complete. After this, you can go back to watching adorable dog and cat videos, because this is who we are now.