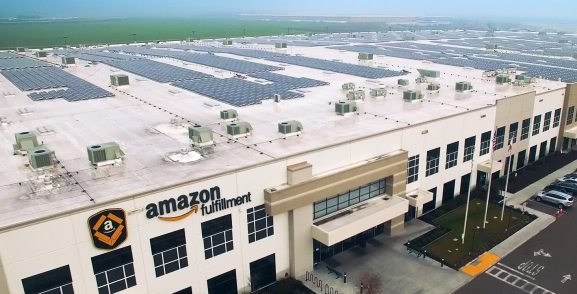 As one of the biggest ecommerce companies in the U.S., Amazon has set up dozens of fulfillment centers near major conurbations across Arizona, California, Florida, Illinois, Texas, and Washington, among other states. But oddly, Amazon has never opened a fulfillment center in New York — the fourth most populous state in the U.S. and home to the most populous city in the country.

That is about to change, however, as the internet giant today announced plans for a new 855,000-square-foot fulfillment center in Staten Island, the least populated of New York City’s five boroughs. This represents a milestone moment for Amazon, with the company promising to create thousands of full-time jobs for New Yorkers when the center opens.

Amazon fulfillment centers are generally large warehouses that employ hundreds or thousands of people, and they often serve as warehousing and fulfillment services for third-party sellers, too. Given the sheer scale of the facilities, Amazon uses a significant amount of automation and machinery to optimize operations. This is a big selling point for would-be employees, according to Amazon, which touts the “opportunities for employees to engage with advanced robotics,” according to a press release.

Amazon has made no secret of its ambitions to double down on hiring efforts. Back in January, the company revealed plans to increase its headcount by 55 percent to 280,000 in the U.S. over 18 months, and a couple of months back Amazon posted 50,000 warehouse jobs in the U.S. alone.

The company noted that the Staten Island fulfillment center will create more than 2,250 positions. “This project will be the biggest single job creator in our borough’s history,” said Staten Island borough president James S. Oddo.

Amazon hasn’t indicated when the new facility is likely to open, but it did reveal that work will be carried out by Matrix Development Group.