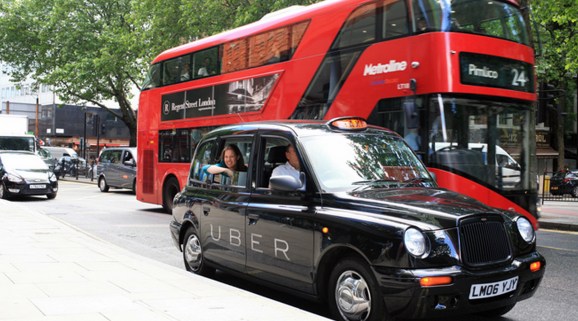 Uber has announced a new “clean air plan” that will make all of its London UberX vehicles electric or hybrid by 2019 and all of them fully electric by 2025. It also plans to ensure that cars available through its app across the entire U.K. are hybrid or all-electric by 2022.

The company claimed that more than half of all UberX miles in the U.K. capital are already driven in a hybrid or electric vehicle. And the company said that over the next couple of years it will be making a number of financial commitments to ensure it meets its green pledge.

The ride-hailing giant has already dabbled in electric vehicle programs elsewhere in the world. Back in 2015, Uber introduced hybrid electric vehicles to its service in China via a new UberGreen branded scheme, and later it formally launched the service via a number of trials in places like Portugal and South Africa — using 100% electric vehicles. Last August, Uber and Nissan partnered for a pilot project in London that kicked off with 20 all-electric Nissan Leafs, an initiative that has been slowly expanding since.

But while Uber has been touting its green credentials over the years, this latest announcement represents the first time that the company has committed to switching entirely to hybrid / full electric within a set time frame. This initiative will also see diesel cars removed completely from the UberX service.

To incentivize car upgrades, Uber said that it’s setting up a new “clean air fund” that will offer drivers up to £5,000 ($6,500) toward the cost of a hybrid or electric vehicle. The company said that it expects drivers to claim more than £150 million ($200 million) to “transition to a greener car,” though it didn’t outline exactly how this system will work. Will it apply to all drivers, and must meet they meet other criteria to claim the maximum £5,000?

A spokesperson told VentureBeat that the company would provide further information to drivers about how they can access the fund in advance of its launch, sometime in 2018:

More information will be made available in the future, but the fund will be available to Uber partner-drivers — including those who currently rent a vehicle — to access up to £5,000 toward the cost of upgrading their car to a hybrid or fully electric vehicle. The grant will only be available toward the cost of owning a vehicle not rental costs. We are currently in discussions with a number of independent third parties about the opportunity to administer the clean air fund.

“Air pollution is a growing problem, and we’re determined to play our part in tackling it with this bold plan,” noted Fred Jones, Uber’s head of U.K. cities. “Londoners already know many cars on our app are hybrids, but we want to go much further and go all electric in the capital.”

“Our scrappage scheme will also take polluting vehicles off the road and encourage Londoners to get into a shared car to connect with public transport instead,” added Jones.

Uber’s plan, though limited in terms of global application, represents a broader shift toward cutting emissions in the automotive realm. Volvo, for example, recently announced it would make only electric and hybrid cars, starting in 2019.

While electric vehicles (EVs) have been slow to gain traction around the world, their market share has been steadily growing, with Europe now the second-largest market for EVs, after China. Many EU countries actively encourage EV uptake through tax reductions and exemptions.

There has also been a flurry of activity elsewhere in the EV realm of late, with Tesla’s mass-market Model 3 sedan entering production and electric car charging network ChargePoint closing a gargantuan $125 million funding round to spearhead its push into Europe.