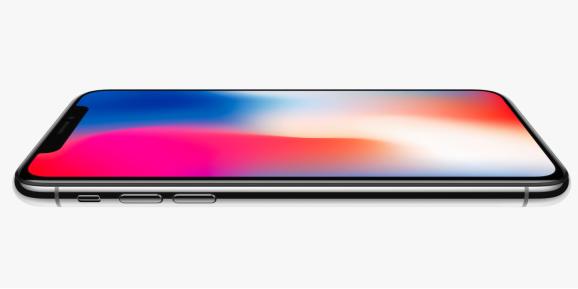 Apple this week unveiled the iPhone X, described by CEO Tim Cook as “the future of the smartphone.” Future iPhone X owners (the phone starts shipping on November 3) should be thanking Samsung.

But yes, the edge-to-edge screen is worth calling out first. Samsung is the king of smartphone screens. There’s a reason Apple had to tap its rival as a supplier for the iPhone X. And yet it’s Samsung that has made edge-to-edge screens popular this year with the Galaxy S8, Galaxy S8+, and Galaxy Note8, all which sport beautiful screens with higher resolutions and pixel densities than the iPhone X’s. Apple is merely following in the path Samsung has blazed, but only for its $999 phone — the iPhone 8 and iPhone 8 Plus are left out.

That leaves us with facial recognition, and Apple’s controversial decision to ditch Touch ID for Face ID. Again, being able to unlock your phone with your face is nothing new, and Samsung was the company to push it (along with Google’s help) starting with the Galaxy Nexus in November 2011, but also across its Galaxy S line. Samsung’s phones don’t limit you to just facial recognition; they also have iris scanners and fingerprint sensors. The fingerprint sensor placement is terrible on all three Samsung flagships this year, mind you, but then again the iPhone X doesn’t even have one. The counterpoint here is that Samsung’s technology can be fooled with a photo of your face, while the iPhone X’s facial recognition feature incorporates depth by leveraging an infrared camera to produce a 3D mesh.

Apple, Samsung, and all the other phone makers steal features from each other and iterate on the regular. It’s a two-way street, or really an all-way crosswalk. The iPhone X is just the latest example that makes Samsung appear way ahead of the game. And of course, Galaxy owners would never have their great devices if it wasn’t for the iPhone.

Samsung is simply returning the favor.