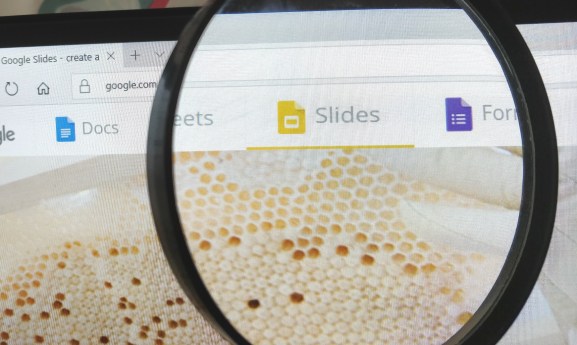 Google has announced a number of updates to its Slides presentation software, including add-on integrations and a bunch of new features.

Slides, for the uninitiated, is Google’s cloud-based PowerPoint-killer, and — alongside Docs and Sheets — represents Google’s suite of free office software. The tools are available as standalone mobile apps, and they also constitute part of G Suite, Google’s subscription-based business offering.

What’s the best way to extend a product’s usefulness without developing features yourself? Open up to third-party integrations via add-ons — and that is exactly what Google is doing now with Slides.

Starting with seven such tie-ups, Google is bringing a range of third-party smarts into its presentation software. By hitting “add-ons” in the main menu bar, you can access Adobe and Shutterstock, for example, giving you access to stock photography without leaving Slides. You can buy individual images directly through Slides, too.

This also extends to Adobe’s reverse image search tool, meaning you can upload your own photo and Adobe can find you similar-looking images from its library. 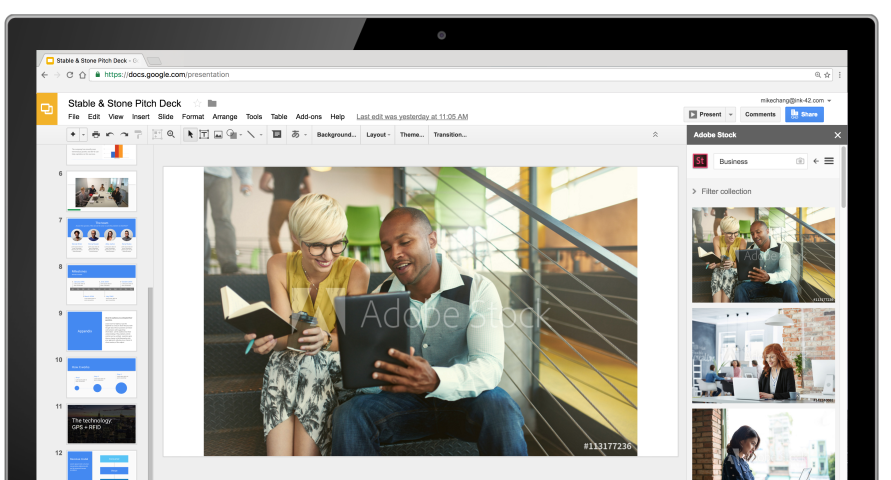 Above: Adobe and Slides

Google has actually offered an add-on store for Google Docs and Sheets since 2014, and the feature was extended beyond the web and onto Android last year, so opening up add-ons to Slides is a natural extension.

The other five companies on board for the launch of Slides add-ons are Balsamiq, Lucidchart, Pear Deck, Noun Project, and Unsplash.

The underlying technology that powers add-ons, known as Apps Script, is also now available to let businesses create and modify Slides and customize menu options, sidebars, and dialog boxes in the interface. According to Google, this will allow sales teams, for example, to build customized templates and pitch decks, while marketing teams could use the tool to create their own tailored sidebars within Slides to access the files they use most frequently.

Since 2013, Google has offered a separate note-taking app called Keep, and today the internet giant has revealed that it’s joining the dots between Keep and Slides via a new drag-and-drop integration. From the Tools menu in Slides, you can elect to add a Keep Notepad, which will show up in a separate pane on your screen. You can then just drag items to where you want them in your presentation.

Helpfully, Slides automatically adds a title and description for you.

This update comes a little more than six months after Google created a similar integration between Keep and its word processor app, Docs.

Link in the chain

Another notable update relates to “linked slides,” which is basically a tool that lets you synchronize slides from different presentations so that when you update one, all the rest are updated too.

This could be useful in those situations when you wish to reuse certain slides across various projects — normally, you would copy / paste them, but it can be a pain making sure all the slides are kept up-to-date when you make edits.

Of course, there may be situations in which you want to tweak a slide for a particular presentation, in which case you might elect to not link the presentations together. But if keeping duplicate slides updated automatically is your idea of a time-saver, “link and sync” will likely come in handy.

Elsewhere, Google Slides will also now let users insert diagrams and ready-to-use visualizations, while a new “grid” view lets you see all your slides as thumbnails for organizational purposes. Users can also now access a “skip slide” feature that enables them to, well, skip a slide for a specific presentation without having to delete it altogether.