Onfido, an identity and document verification startup based in the U.K., has raised $30 million in a series C round of funding led by Crane Ventures Partners, with participation from existing investors, including Salesforce Ventures. Microsoft Ventures also joined the company’s roster of investors for the first time.

Founded out of London by three Oxford University graduates in 2012, Onfido helps businesses verify people’s identities online and carry out background checks — this could be for potential employees at the recruitment stage, someone opening a bank account remotely, or workers on “sharing economy” platforms such as Uber, Zipcar, or TaskRabbit. The background checks cover everything from criminal records to driving misdemeanors. 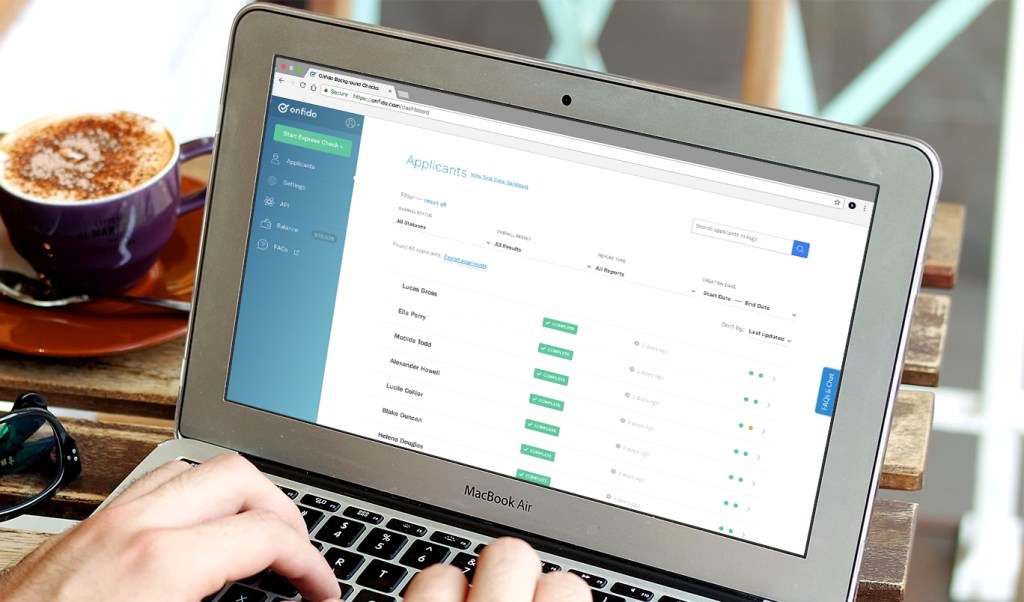 With transactions increasingly carried out online, it’s often not possible to verify someone’s identity in person. But almost everyone has a smartphone with a built-in camera, and Onfido is able to use this to compare and cross-reference a person’s facial biometrics with their identify document, such as driver’s license. The person’s identification can then be checked against global databases for any issues. “The world is moving online, but the means to carry out identity verification is frozen in time in an offline world,” noted Onfido cofounder and CEO Husayn Kassai. “Millions of people who don’t have a credit history — or just have a thin one — are unable to access countless everyday services. With our identity verification technology, those underserved people can access online services they need, and businesses can gain access to a whole new group of trusted customers.”

Onfido said that it uses machine learning smarts to automate background checks across 192 countries, though it also leans on humans “to verify outliers.”

“Just as money was required to oil the wheels of commerce in previous centuries, your legal identity is pivotal to enable transactions as we move to a digital world,” Kassai continued. “As identity verification technology continues to evolve, it will become the key to remotely unlocking a huge range of global goods and services, from banking and travel services through to voting and health care.”

Onfido had raised around $30 million in funding before now, including a $25 million round last year. With its latest cash injection, the company plans to invest in R&D in machine learning and to “meet increasing customer demand” across the U.S. and other markets.

Other companies operating in the identity verification space include San Francisco-based Checkr, which has raised around $50 million in funding since it was founded in 2014. Microsoft also recently led a $10 million funding round in Trusona, a startup that aims to verify that internet users are who they say they are.

Onfido is still headquartered in London, but it now claims 150 employees in offices across San Francisco, New York, Lisbon, and New Delhi.