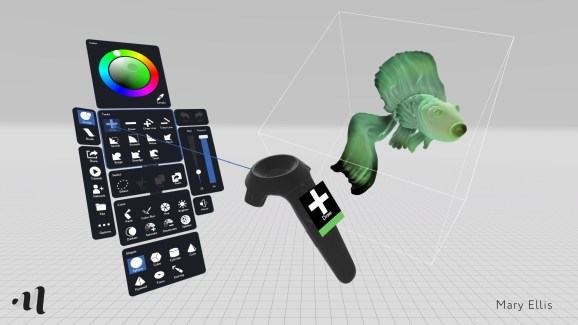 Virtual reality (VR) and augmented reality (AR) are game-changers for the enterprise, enabling real-time remote collaboration experiences that were simply not possible before. While these technologies have not yet gained traction at a mass-market level, they hold great promise as the most practical use case for immersive technologies.

Skeptics correctly point out that VR lacks a “killer app,” such as the Halo franchise that helped establish the Xbox Live service as a dominant force in online console gaming. They may be justified in their criticism. Indeed, according to a 2016 study conducted by Upload VR and Perkins Coie, the biggest obstacle that the industry faces is “the lack of compelling content, problems with user experience and cost as the main impediments to AR and VR adoption in the coming years.”

Jason Rubin, head of content at Oculus, admitted last year: “It needs the spark, and I don’t think we’ve had the spark yet, to be honest.” However, virtual collaboration tools could emerge as this industry’s elusive “spark”. This piece will cover three key insights from VR and AR entrepreneurs about why collaboration is the future of immersive technology.

Virtual meetings will transform the enterprise

Meta is an AR venture aiming to deliver the next global computing platform with their mixed reality headsets, which boast a 90-degree field of view. Ryan Pamplin, VP and Evangelist at Meta, asserts that new computing platforms have always needed killer apps to drive adoption. At the dawn of the PC era in the 70s and 80s, the killer app was spreadsheet applications such as Excel. During the 90s and dotcom boom era it was websites such as eBay, Amazon, and Yahoo. In the iPhone age we’ve enjoyed mobile apps like Snapchat, Instagram, and Uber. While each new form factor has made our lives easier, we’ve still been constrained to 2D screens of varying sizes.

Virtual and augmented reality will change this paradigm forever. AR will create a world in which 3D objects, environments, and experiences become a natural extension of ourselves. Pamplin explains, “Imagine: some of the key stakeholders couldn’t make it to your in-person meeting. Using AR with depth sensors like the Intel RealSense or Kinect to capture people in the room, the remote users can ‘dial-in’ as holographic versions of themselves that can be seen from any angle, and they can see the presenter and any holographic item in their remote location. The sense of presence is far closer to real-life than FaceTime.”

MasterpieceVR is a collaborative VR tool for 3D sculpting and painting. MasterpieceVR CEO Jonathan Gagne reflects that, “while VR is a powerful medium that could revolutionize our lives, the medium’s inherent isolation prevents us from interacting with people in the “real world.” In contrast, while AR allows us to interact with the real world, it hasn’t provided many ways for people to directly interact with each other. However, when a platform combines the strengths of both VR and AR in a collaborative and practical way, it results in “one of the most powerful ways to work together, in history,” according to Gagne.

He adds that there is great promise for immersive and collaborative experiences within digital learning: “Increasingly, research shows that collaborative problem-solving significantly improves learning. Digital learning environments have been less effective than anticipated because of the challenges involved in collaboration. VR creates space for the social connectedness that is missing in online environments. Not only does it let learners connect in meaningful ways, but it also improves learning by letting them be hands-on within the virtual environment.”

It’s exciting to envision a future in which the boundaries for 3D creation are eliminated, resulting in groups of creative types effortlessly collaborating on large-scale projects. By eliminating the physical obstacle of geographic distance, the most talented people globally can come together — without ever leaving their homes — to create 3D content.

Mimesys is a mixed reality conferencing platform that uses depth-sensing cameras, AR mobile devices, and VR headsets to enable holographic meetings. Rémi Rousseau, Mimesys’ CEO, believes VR and AR have the potential to transition us from “personal computing” — which has been a single-player tool for the past four decades — to “social computing.” “One person standing in front of a desk became the norm of Human-Computer Interaction, and most of our collaborative experiences had to cope with this paradigm,” Rousseau says.

“However, imagine a scene in which some children are collaborating; they use their bodies, physical tools and space to do that. In a typical office space, people sit alone in front of computers and stare at screens. This is, unfortunately, how we collaborate as adults. We can and should aspire to something much greater than this. We should collaborate in a natural human way.”

Rousseau continues, “the ‘spatialization’ of technology will help us manipulate content and data in a much more natural way. Holographic technologies can fool your brain into feeling an authentic human presence, which gives us the impression that we’re actually with the person with whom we’re collaborating. Ultimately, this can lead to social experiences that can be even more productive and meaningful than face-to-face real world interactions.”

Questions for the future

A key point that resonated with all of these entrepreneurs is that collaborative use cases could spur a huge change in the way we interact in social settings — for better or for worse. As Rousseau says, “I think we’re facing a huge choice as a species: Do we want a future where technology replaces our social needs, like in the movie ‘Her’, or do we want a future where technology enhances our social relationships with real people, so that we can have intense emotional experiences with the people we care about — regardless of the distance?”

As we move into an uncertain future where our real identities become increasingly intertwined with our digital identities, we’ll have to decide how we should build our lives around, and within, this new medium.