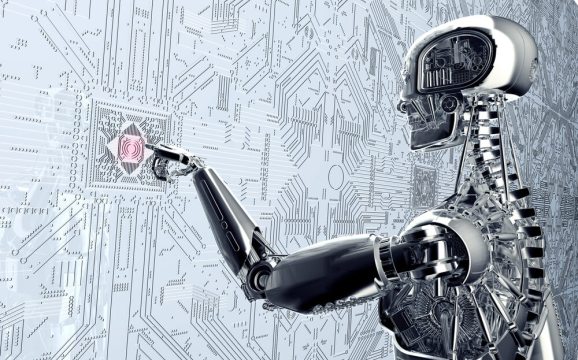 We are in a race for quantum supremacy. Google, IBM, and researchers across the globe are working on solving the most complex of computations, computations that could only be solved by the most advanced quantum computers.

Quantum computers are very similar to the computers in households today — only much more powerful. So powerful, in fact, that they can solve in milliseconds problems that would take a normal computer thousands of years to solve.

For several reasons, quantum computers could prove quite beneficial with more widespread application. They could help with a multitude of complex issues, from things like creating solutions for climate change to organizing massive sets of data about health care.

“As companies such as Microsoft, Google, and IBM continue to develop technologies such as this, dreams of quantum computing are becoming a reality,” writes Daryl Harrington for InfoWorld. “This technological innovation is not about who is the first to prove the value of quantum computing. This is about solving real-world problems for our future generations in hopes of a better world.”

In the example of the Internet of Things (IoT), where billions of devices are constantly connected, we are inundated with data. According to IBM, we create 2.5 quintillion bytes of data every day — and that number is increasing. This data is invaluable, but it is so abundant that we are unable to analyze it. Quantum computers could assist in our understanding of the data we’re generating, but only with the help of artificial intelligence.

“Machine learning, the field of AI that allows Alexa and Siri to parse what you say and self-driving cars to safely drive down a city street, could benefit from quantum computer-derived speedups,”  writes Mark Anderson for the IEEE.

How far has AI come? Artificial intelligence has integrated itself, in some form, in many areas of our everyday lives. From algorithms that sort our emails to machines that best us in video games, we seem to live in a world populated with smart machines.

Why do we need quantum computers when our best chess players are outmaneuvered by a machine? Why power up automation software that can run autonomous cars? While it may seem that artificial intelligence has already reached its zenith, in reality, we are far away from creating truly intelligent machines capable of solving difficult problems.

Artificial intelligence still feels artificial. At this moment, we aren’t able to recreate the creativity, the versatility of the human mind. While AI can excel at a single task or even a grouping of related tasks, it is still unable to achieve general intelligence. There have been strides in AI that have made deep learning possible which have approximated this type of intelligence. Quantum computers could further this deep type of deep learning.

“The field of artificial intelligence has experienced incredible growth and progress over the past decade,” said John Kelly III, IBM’s senior VP of cognitive solutions and research, in a recent press release. “Yet today’s AI systems, as remarkable as they are, will require new innovations to tackle increasingly difficult real-world problems to improve our work and lives.”

As Kelly suggests, the traditional approach to AI is limited. Artificial intelligence is unable, at present, to reach its full potential. In order for AI to become truly deep and robust, it will have to have the superpowered hardware to process its complex software.

Quantum algorithms could solve problems within AI and vice versa. In addition, quantum theory could help develop more robust AI and help researchers formulate better algorithms. With this technology, we could see groundbreaking research in virtually all areas of study, from cancer research to geopolitics. We could use AI to help scientists solve incredibly nuanced and complex issues.

Greg Robinson is a tech entrepreneur with interest in emerging technologies, particularly VR/AR, 3D technologies, and how artificial intelligence will affect the future of work.