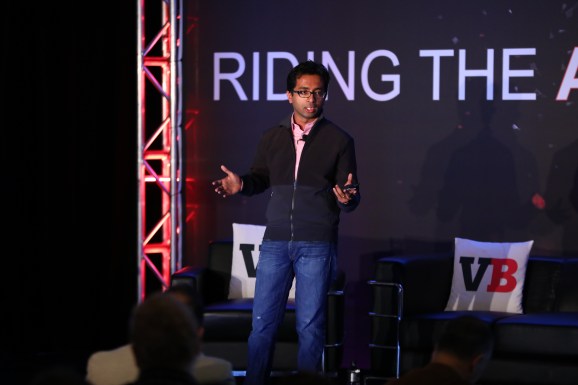 When Cisco started working on a unified analytics platform, the company was more concerned with finding the right people to do the work than with the data they were using, Cisco’s vice president of strategy, Rajat Mishra, said at the VB Summit in Berkeley, California today.

“I wish I could tell you we had a very analytical approach to this problem,” he said in an onstage interview. “The truth is much messier.”

“Instead of focusing on data, we actually focused on the people,” Mishra said. “And we found one small group in our business who was willing to work on this new approach.”

The network systems company moved from that small team to a handful of executives as it pushed the effort further.

“What started with the one executive started a mini snowball effect,” Mishra said.

An early player in the world of IT, Cisco launched as a networking company more than 30 years ago. Now it’s getting serious about artificial intelligence.