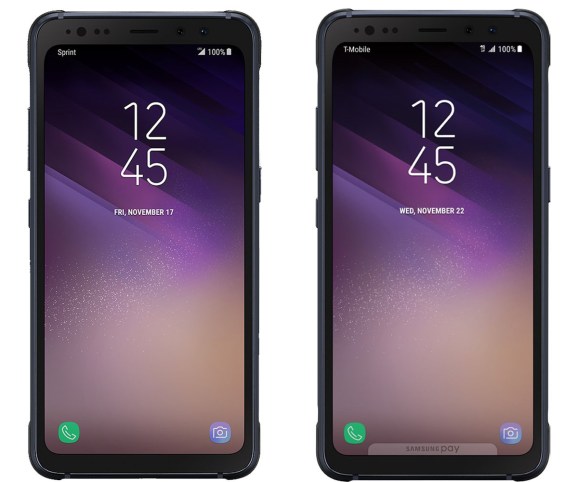 The rugged Samsung Galaxy S8 Active’s long-rumored carrier expansion has finally been made official, with the manufacturer announcing a November release on both T-Mobile and Sprint. VentureBeat first reported on T-Mobile’s planned S8 Active offering in late September.

Apart from Sprint’s 2014 release of an Active-like handset called the Galaxy S5 Sport, no carrier besides AT&T has carried the popular, ingress protection-certified S-series variant until now. Samsung and AT&T first teamed up to offer the S4 Active in 2013.

Although Samsung did not include the actual release dates in its announcement, they were likely tipped in leaked renders of the two new carriers’ versions: November 17 for Sprint and November 22 for T-Mobile. [Update: Instead, they are both arriving on the 17th] Pricing was not revealed for the phones, shipping in meteor gray, but it likely won’t stray too far from AT&T’s current $850.

With a 5.8-inch, 1,440 x 2,560 Super AMOLED full screen display, Snapdragon 835 SoC, and 4,000mAh battery — along with IP68 certification and shock protection — S8 Active should appeal to fans of the regular Galaxy S8 who won’t miss the fragile, curved Edge display.

Verizon, with its exclusive on the recently launched Google Pixel 2 and Pixel 2 XL, looks to be the odd man out here, which will surely disappoint some of its customers.