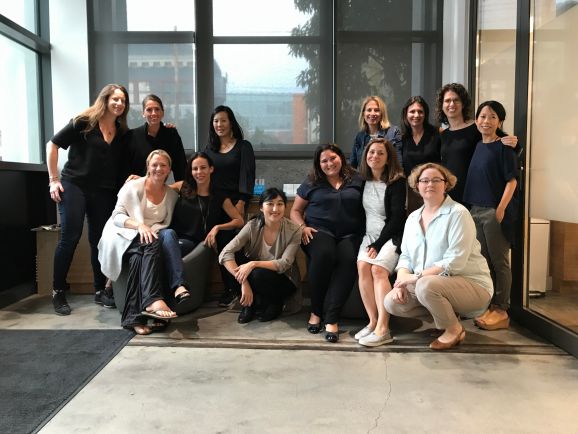 Over the past few months, a group of female venture capitalists have been getting together to figure out what they can do to coach and support female founders in Silicon Valley. Today, the VCs unveiled a website where entrepreneurs can apply to attend Office Hours, a program that provides one-on-one meetings with female partners from top tier firms, including Sequoia Capital and Benchmark Capital.

The idea came during one of Aileen Lee’s famous power dinners for female VCs in the Bay Area. The founder of Cowboy Ventures is known for being candid and outspoken when it comes to women in tech: “I do think it’s more difficult for a woman to raise money,” she said on stage at Y Combinator’s latest Female Founders Conference.

In addition to it being more difficult for women to get startup funding, female founders are sometimes also subject to male predatory behavior — something that was brought to light this summer with scandals at Binary Capital and 500 Startups, among others.

So creating a safe place for founders to discuss ideas and receive professional advice makes a lot of sense. To implement this idea, Lee worked with several other female VCs, including Benchmark Capital’s Sarah Tavel and Sequoia Capital’s Jess Lee.

“Personally, I experienced what it was like being a female founder pitching to the 97 percent of VCs that were men,” said Sequoia’s Lee, in an interview with VentureBeat. “I did find great investors, but it was difficult at times. Part of the reason I went into venture was to not only help the next generation but to also help change the ratio a little bit.”

The first Office Hours session will take place on November 30 in San Francisco. The event will kick off  with a conversation between Sequoia’s Lee and Freestyle’s Jenny Lefcourt on “How to Fundraise.” Forty 30-minute one-on-one slots will then be offered to interested female founders.

The powerhouse group of female VCs is kick-starting the program by offering office hours, but they hope to create a larger community in the long run.

Launching female-friendly work spaces isn’t new, however. With investment firms like Female Founders Fund, coworking spaces like The Hivery, and startup accelerators like Pinkubator, female entrepreneurs are beginning to have options. But then again, it’s not every day that you have the opportunity to sit across from one of the top female VCs in the Valley to get tailored advice on how to scale your startup.

This virtuous cycle of women helping women is extremely encouraging and will hopefully help move the needle for women in tech.