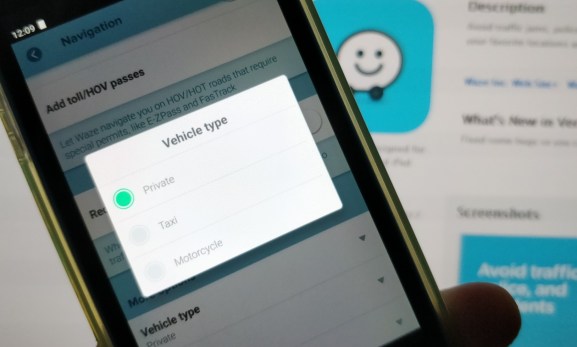 Waze is getting a handful of new features today as the Google-owned navigation app targets two-wheeled motorists and doubles down on its safety credentials.

First up is motorcycle mode, a feature that has been frequently requested by users in the past and which will give riders tailored routes and arrival times based on their chosen mode of transport.

Motorcycles and mopeds often engage in “lane splitting” or “filtering,” progressing along congested roads by driving in spaces between cars. Similarly, some roads may be too narrow for cars, and many cities allow two-wheeled vehicles to use lanes normally reserved for buses. All of this means motorbikes don’t have the same restrictions as cars, so estimated arrival times and routes provided by navigation apps may not always be accurate for them — and with nearly 9 million registered motorcycles in the U.S. alone, this is a major deal.

You can activate “Motorcycle” as your vehicle type in settings. Traffic data garnered by Waze from its global army of bikers will then be treated a little differently from car data, resulting in tailored routes and times. 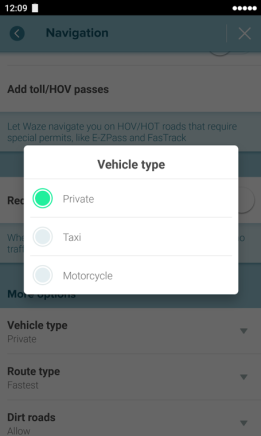 Waze is also now available to use completely hands-free. Though the app has enjoyed voice-activated search features for many years already, users still had to tap on a result to confirm their selection. This is fine at the start of a journey, or while stuck in traffic, but not great while speeding down the highway at 70 mph.

Now, thanks to a tie-up with speech recognition platform Sensory, if you allow Waze to access your device’s microphone from within the settings menu, the entire navigation can be carried out hands-free by using the “OK, Waze” command. This covers entering the address, reporting accidents to the Waze community, and asking for an updated estimated time of arrival (ETA). It’s worth noting here that while it is only available in English to begin with, in the U.S., U.K., Canada, Australia, South Africa, Ireland, and New Zealand, but it will expand to additional languages and markets “soon.” 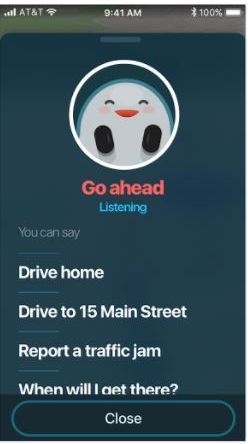 Finally, Waze also rolled out a feature specifically for carpoolers driving in high-occupancy-vehicle (HOV) lanes, with users in 22 locations across the U.S. and Canada now able to indicate their carpooling status to optimize their route.

Founded out of Israel in 2007, Waze gained recognition for the way it lets users share real-time traffic data, and its reputation prompted Google to acquire the company for more than $1 billion back in 2013.

In many ways, an “always on” voice navigation feature has been a long time coming for Waze, as this feature landed in Google Maps more than a year ago. On the flip side, sometimes Waze gets nifty new features way ahead of Google Maps — last year, for example, it introduced speed alerts to tell you when you’re driving too fast.

With many countries now implementing legislation to address the safety threat posed by distracted drivers, hands-free features can only be a good thing. Elsewhere, Waze is also embracing third-party integrations to minimize distractions — it’s now possible to access your Spotify playlists directly from within Waze.

These latest features are going live globally from today on both Android and iOS.