Google has taken another small step forward in its mission to connect the “next billion” users with a new app designed to optimize your mobile data usage.

Datally for Android has been in testing for several months in the Philippines, and now it’s ready for prime time globally.

To activate Datally, you will have to give the app access to many facets of your device, including giving it the ability to “make and manage calls,” “send and view SMS messages,” and view the device’s location. But then again, any app that wants to monitor background processes on your smartphone will need fairly comprehensive access to the device.

Datally offers a Data Saver feature that allows you to block data from certain apps or to block all background data usage, which would effectively mean only the app that’s currently active on your screen is consuming mobile data. The app also tracks real-time usage of each app that’s currently in use, something Google likens to a “speedometer” for your data. It also shows you which apps are consuming the most data.

Additionally, Datally can surface nearby public Wi-Fi hotspots to help save data on your mobile plan — you may also be prompted to rate the quality of a network so Google can learn whether it’s any good. 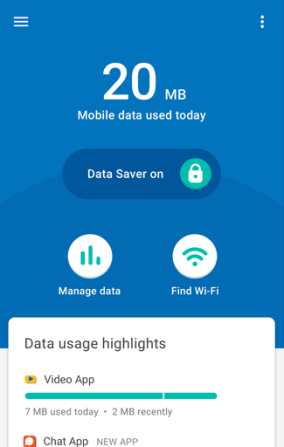 Moreover, Datally serves up a bunch of stats showing how you use your mobile data on a daily, weekly, or monthly basis, while a graph also breaks things down on an hour-by-hour basis.

This overview may help you determine that one specific app is responsible for the majority of your mobile data usage, and you can change your behavior accordingly — rather than downloading your work PDFs on the train to the office, for example, you can wait until you’re on a speedy Wi-Fi network instead. 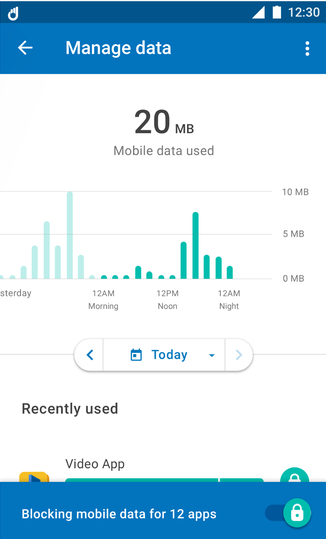 New features coming up, according to Google, include the ability to check your balance and receive a reminder when your monthly billing cycle is about to expire, and Datally will also be able to serve up notifications warning you when you’re using too much data.

It is worth noting here that quite a few existing apps — and Android itself — already offer many of these features. But some users may be happier giving device access to Google, which already knows a lot about us, than to a random third-party company. Plus, Datally does actually offer a pretty slick interface.

Google has made no secret of its plans to target the “next billion” internet users — it wants to encourage more people to invest in smartphones and, subsequently, use Google services.

In emerging markets such as India, Google has been rolling out Wi-Fi services to hundreds of train stations, a program that recently expanded into other parts of Asia. Back in April, the company rolled out a new “offline first” YouTube app specifically for India, and it’s also wooing locals with a new peer-to-peer payments app.

But people in emerging markets aren’t that only ones who want to conserve data, which is why Datally is being made available everywhere. And in addition to worrying about mobile data consumption, smartphone users are concerned about physical storage on their device, which is an issue specifically for those with lower-end devices with limited built-in capacity and why Google launched a dedicated file-management app a few weeks back.

Datally is available globally now for any phone running Android 5.0 (Lollipop) and above — which is roughly 80 percent of all Android phones currently in use.