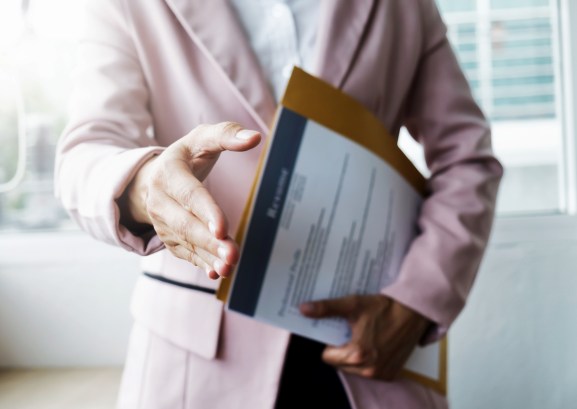 The lack of diversity in tech has been front and center this past year. Large tech companies have publicly vowed to fix the problem. But how? One answer is recognizing, acknowledging, and eliminating unconscious bias from the hiring process.

Three years ago, Cockroach Labs started the effort to create a more diverse workforce by focusing on building an inclusive environment. In order to do so, we attacked unconscious bias head-on – first by eliminating resumes during the interview process, and then by implementing exercise-based interviews across all departments. Our fundamental belief is that if you take away resumes and focus interviews on assessing the tasks associated with that job, you open up the candidate pool to those with non-traditional, more diverse, backgrounds.

Most recently, we open-sourced our interviews to create familiarity — and improve fairness — for candidates going through our hiring process. In addition, open-sourcing the interview process gives recruiting professionals the information and tools they need to replicate — and add to — our process.

Doing away with resumes and mandating exercise-based interviewing takes a lot of work on the front end. Preparing and documenting exercises and working with candidates to help them understand the interview format ahead of time is not a non-trivial amount of work. It also takes time to train interviewers for a new way of assessing candidates.

Because this is all new territory for both candidates and recruiters, we aggregated and documented our process into a file repository on GitHub, a platform more typically used for software application code.

The open source interview process on GitHub includes resources for both candidates and recruiting professionals. For candidates, there are details on the interview process and timeline and a full list of exercise-based interview questions broken down by job role so they can come fully prepared to interviews. For recruiters, there are additional files that provide a deep-dive into various stages of the hiring process, including the phone screen, how to structure the interview, interview feedback and scoring, and rejecting applicants.

The power of exercise-based interviews

While most companies use hypothetical and behavioral-based questions when interviewing – especially when hiring for non-technical roles – exercise-based interviews lead to a stronger signal since they are more likely to be correlated with actual job performance.

How do they work? Rather than guess if a candidate can do the job based on their answers to behavioral questions, exercise-based interviews ask for candidates to show. For engineering positions, interviews include coding and system design questions. For non-technical roles, you can use job-based simulations in the form of case studies, individual exercises, and presentations. Since each interview focuses on different areas, collectively, the interviews are mini snapshots of the candidate’s capabilities.

The added benefit: Candidates get a clear understanding of what it would be like to work at the company and in that role on a day-to-day basis. Also, because exercise-based interviews require a high-degree of engagement, they are more collaborative and overall a better experience than traditional interviews where candidates have to sweat through a series of stress-inducing questions.

Most importantly, exercise-based interviews reduce bias and subjectivity because they are focused on providing candidates with real-world simulations where they can display their ability – not just talk through past experiences.

Remove resumes from the interview process

Eliminating resumes from the hiring process can go a long way in reducing unconscious bias. That’s because resumes contain information – like where a candidate has worked and where they went to school – that, as humans, we have mental associations and biases about. These biases, commonly categorized as “affinity bias”, “similar to me bias”, and “halo/horn bias”, can eliminate non-traditional candidates out of the gate and can influence the outcome of interviews.

Take, for example, an interviewer who has negative associations with New England universities. Whether consciously or not, they will enter interviews with candidates from New England schools expecting to be proved right — and looking for places where the candidate faltered, hobbling the candidate’s chances of being hired.

While it’s essential that the recruiter still has access to the resume, which remains the first step in the hiring process, resumes and pre-screen notes are redacted for the interview team. By doing this, interviewers are challenged to focus on the direct application of the candidate’s skills, creating a fairer process and leading to better hiring decisions.

Better outcomes for the industry

I hope your company will consider joining the open-source effort my team has begun on GitHub. The more companies that get involved in the project, the more new ideas we’ll see for addressing unconscious bias and the more exercises we’ll have in GitHub to more fairly assess skills.

We are all responsible for building an industry that is inclusive and diverse. Step one is acknowledging that we all suffer from unconscious bias. The next step is finding ways to eliminate its role in the hiring process and throughout the employee experience. By working together and sharing knowledge across companies, we can build a more inclusive working environment.

Lindsay Grenawalt is Head of People Operations at Cockroach Labs. She previously worked at Google Ventures, placing engineering and product management executives at portfolio companies, and served on the management team at Yext as the VP of People Operations, where she was responsible for growing the company from 168 to over 440 employees across the United States, the Netherlands, and the UK.