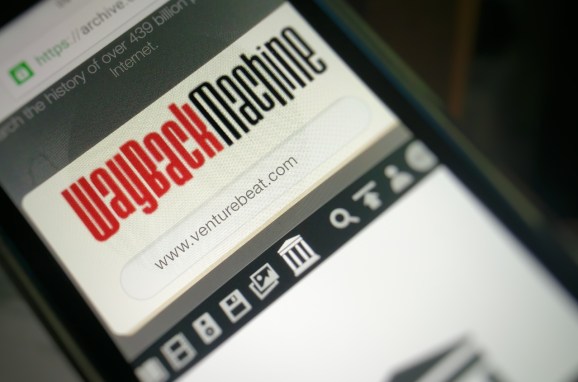 The Internet Archive has received a $1 million donation from the philanthropic Pineapple Fund, which was set up by an anonymous Bitcoin millionaire.

The Bitcoin benefactor announced the Pineapple Fund earlier this month, committing the equivalent of $86 million in Bitcoin to a range of good causes. To date, the fund has announced around $18 million in donations to 13 charities, including Charity Water, SENS Research Foundation, Pencils of Promise, the Electronic Frontier Foundation (EFF), and Green Steps. Ten of the fund’s donations so far have amounted to the equivalent of $1 million each.

Not a great deal is known about the Pineapple Fund’s benefactor, who has claimed to be donating “a majority” of their cryptocurrency holdings to good causes and who wrote the following statement:

Sometime around the early days of Bitcoin, I saw the promise of decentralized money and decided to mine/buy/trade some magical internet tokens. The expectation-shattering returns of Bitcoin over many years has led to an amount far more than I can spend.

What do you do when you have more money than you can ever possibly spend? Donating most of it to charity is what I’m doing. For reference, The Pineapple Fund is bigger than the entire market cap of Bitcoin when I got in, and one of the richest 250 Bitcoin addresses today.

The Pineapple Fund isn’t the first charity-focused Bitcoin organization to come to the fore. The BitGive Foundation launched back in 2013 with a view to soliciting Bitcoin donations for good causes — in fact, this foundation also recently received a $1 million pledge from the Pineapple Fund.

Founded in 1996, the Internet Archive has been documenting the Web’s evolution for more than two decades, crawling millions of websites to chart changes and edits at intermittent periods via the Wayback Machine. It also hosts myriad archived content, such as early Mac software emulations, MS-DOS games, and videos of everything Donald Trump says. Indeed, while the Internet Archive is a useful tool for geeky internet historians, it also serves a more important function by preventing content publishers, including government agencies and newspapers, from whitewashing their online history.

Bitcoin’s value grew from around $1,000 at the start of 2017 to around $20,000 in mid-December, though its volatility has seen some major losses and gains in relatively short periods of time. The cryptocurrency’s meteoric rise has ushered in a number of rags-to-riches stories for early investors, while it has also transformed already-rich people, such as the Winklevoss twins, into billionaires. We may never know who’s behind the Pineapple Fund, but someone somewhere clearly values internet civil liberties and the preservation of digital content, given that they’ve now pledged a combined $2 million to the EFF and the Internet Archive.

“We so admire this donor using Bitcoin as the currency of giving this season, and are honored to be the recipients of such a gift,” said Katie Barrett, development manager at the Internet Archive. “Permanent access to websites, software, books, music … that is our mission. These gifts help make it happen.”