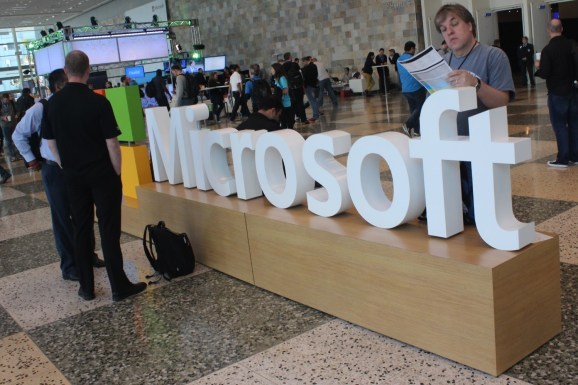 Microsoft announced today that it will be launching a coalition called Connect Americans Now (CAN) to advocate for the FCC to eliminate regulatory hurdles that the group says are standing in the way of more widespread rural broadband deployment.

In addition to Microsoft, the coalition’s members include The App Association, a software trade organization, and the National Rural Education Association.

Specifically, CAN wants the FCC to “ensure that there is sufficient unlicensed low band spectrum in every market in the country to enable broadband connectivity.” Microsoft has endorsed the repurposing of TV white spaces spectrum — unoccupied TV channels — to deploy broadband in a cheaper way. According to CAN, 23.4 million out of the 34 million Americans who don’t have a broadband connection live in rural areas.

The announcement was made in conjunction with the release of a report coauthored by Microsoft president Brad Smith and director of communications Carol Ann Browne on the top 10 tech issues for 2018. The report named technology for rural communities as one of the top issues.

“Historically American inventions often took root in smaller towns faster than in big cities,” Smith and Browne wrote. “But while many early technology innovations flourished quickly in rural America, today there are 23.4 million Americans in rural counties who lack broadband access at a time when broadband has become a necessity of life.” Smith and Browne also urge President Donald Trump to set aside money for rural broadband development in any proposed national infrastructure package.

Microsoft introduced two other initiatives in 2017 that will provide support for technological development in rural areas. The company’s Rural Airband Initiative, announced in July, aims to bring broadband connectivity to 2 million people in rural America by 2022 by investing in partnerships with telecommunications companies. Additionally, the company pledged that the Rural Airband Initiative would dedicate investments toward bringing digital skills training to rural America, and allow royalty-free licensing of at least 39 different patents and source code related to TV white spaces spectrum technology.

In October, Microsoft also announced the launch of a program called TechSpark that will provide a number of tech resources to communities in six states: North Dakota, Wisconsin, Virginia, Texas, Wyoming, and Washington.

Microsoft told Axios that the company will “provide staffing and some financial resources as needed” to CAN. VentureBeat reached out to Microsoft for additional comment on CAN’s plans in the coming months, and we will update this story if we hear back.