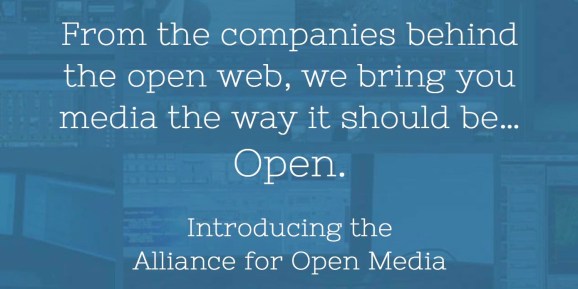 As first reported by CNET, Apple unexpectedly popped up on the Alliance for Open Media website today as a Founding Member. It would appear Apple has suddenly become serious about the Alliance’s effort to create AV1, an open, royalty-free alternative to the HEVC/H.265 video codec that’s currently all but necessary in order to send 4K video over the internet.

While “Founding Member” suggests Apple has been there since the Alliance formed in September 2015, the group only uses the term to denote “the highest level” of importance within its ranks; Facebook received the same title after joining in November 2017. In other words, Apple’s participation is probably quite recent.

But why would Apple care about supporting AV1 now, given that it only officially added H.265 support to Macs, iOS devices, and Apple TVs in September? Here are three likely possible explanations.

1. Apple wants AV1 for its own devices

If Apple wants to offer video downloads or streams, it can now encode all of its files in HEVC format and stream them to Apple products running its latest OSes, which were released in final form last September after betas. What use would it have for a competing format with similar compression efficiency?

Apple might be looking to support third-party developers who want to stream AV1 videos to Apple devices. While Apple probably wouldn’t need to join the Alliance to do so — particularly at its highest levels — it could be planning to give app makers some flexibility or to transition its devices away from the reportedly expensive HEVC/H.265 standard whenever that makes sense.

If that sounds crazy, note that Apple very briefly included H.265 support in the iPhone 6, specifically for making FaceTime calls to other iPhone 6 devices, only to quietly yank H.265 and replace it with H.264. It wasn’t clear at the time whether HEVC licensing or an ongoing lawsuit over FaceTime was to blame, but there’s precedent for Apple drifting in and out of support for video formats.

This is a more interesting possibility. Since the rollouts of iOS 11, macOS 10.13, and tvOS 11, Apple can now guarantee that its HEVC video streams are playable on its own devices, but it can’t guarantee that they’re playable on non-Apple devices — not every manufacturer is willing to pay HEVC licensing fees or deal with the sort of messy licensing issues Microsoft encountered when adding HEVC to Windows 10. If Apple wanted its videos to enjoy the bandwidth-saving benefits of HEVC on non-HEVC devices, AV1 may be the only viable alternative.

As a competitor to H.265, AV1 is backed by everyone from Amazon to Google and Microsoft and includes work from Cisco’s Thor Project, Google’s VP9 and VP10 codecs, and Mozilla’s Daala. Chipmakers including ARM, Intel, and Nvidia are on board, as are Cisco, Facebook, and IBM. Due to that roster, it’s easy to imagine broad support for AV1 streaming across pretty much every platform with capable hardware when it hits the market.

Among the types of videos Apple distributes are downloads, which are already playable by iTunes — including iTunes on Windows. The other type? Streams. AV1 could enable Apple to stream videos to Android devices, which aren’t currently supported by iTunes but which do have access to Apple Music. If Apple’s going to launch a video subscription service, it’s likely going to want to reach Android users like it does with its music service. AV1 might be the smartest way to do so.

3. Apple doesn’t care (much) about AV1, but it wants to help steer AV2

This third explanation is not impossible, but it doesn’t seem likely. After over two years of development, AV1 is reportedly very close to being finished and is expected to be feature-complete this month. According to a report from StreamingMedia.com, that would place products with hardware AV1 decoding in the market by mid-to-late 2019. Encoding of AV1 is also apparently brutally processor-intensive, even compared with HEVC and VP9.

If Apple is truly only becoming involved with AV1 at this very late stage, it most likely isn’t doing so to steer AV1 development — though some technical contributions are possible. It may be looking ahead to helping an eventual AV2, which could be needed sooner rather than later to enable 8K video, 60Hz 4K video, and other bandwidth-demanding solutions that are now in the very foreseeable future.

My own belief is that Apple could be getting involved with the Alliance for Open Media for all three reasons. An Apple-branded Netflix-style video subscription service appears to be highly likely given the company’s recent content development deals, and its extended delay in adopting H.265 appeared to reflect a genuine lack of interest in paying HEVC licensing fees.

Getting on board with an open video codec makes sense both for 2019 products that could use the standard and for future products that will use its successors.