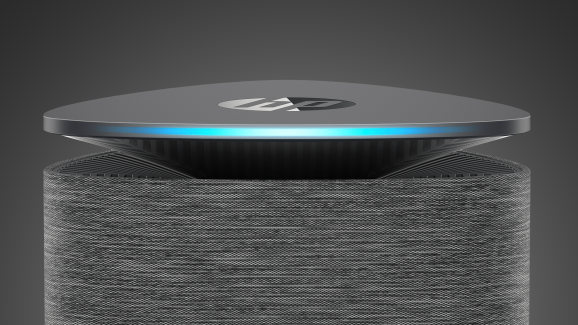 Amazon’s Alexa will soon be available in the HP Pavilion Wave to do things like play music, control smart home devices, access more than 25,000 Alexa skills, and complete a number of other tasks.

Since the PC runs on Windows 10, the Pavilion Wave will be able to speak with Microsoft’s AI assistant Cortana. Acer, Asus, and Lenovo are also reportedly planning to bring Alexa to a series of Windows 10 laptops and desktops.

The integration is not related to the Cortana-Alexa partnership, an Amazon spokesperson told VentureBeat. The partnership was announced jointly by Microsoft and Amazon last year but has since missed a deadline to be implemented by the end of 2017.

Just like Alexa in a smart speaker, a colorful LED on the front of the Pavilion Wave lights up to let you know when Alexa is listening (and recording) for a command.

Unlike Alexa on many other devices, Alexa in a personal computer will be able to bring up visuals to complete requests. For example, ask about the weather and Alexa may both show you and tell you about the weather conditions. Additional support for Alexa-PC control of things like making calls, sending messages, and the ability to see security camera feeds may be added in the future.

“It’s day one for Alexa on PCs, and we are excited that PC customers will have access to hands-free Alexa voice capabilities and tens of thousands of skills. A voice interface can make everyday tasks simpler for customers — now that includes their desktop and laptop PCs, too,” an Amazon spokesperson told VentureBeat in an email.

Some features — like Alexa calling and messaging, security camera feeds, and access to streaming services like Spotify, Pandora, TuneIn, and Amazon Video — will not be available at launch, an HP spokesperson told VentureBeat in an email.

On Friday, Amazon also released the Alexa Mobile Accessory Kit to bring the AI assistant to more wearables, headphones, and smartwatches. The extension of the Alexa Voice Service is already being utilized by brands like Bose, Jabra, and iHome, according to an Alexa developer blog post.

Other devices with Alexa inside that are being announced ahead of the Consumer Electronics Show in Las Vegas this week include a 49-inch touch display inside Kohler showers and toilets, a concept Byton electric car, and a pair of augmented reality glasses.