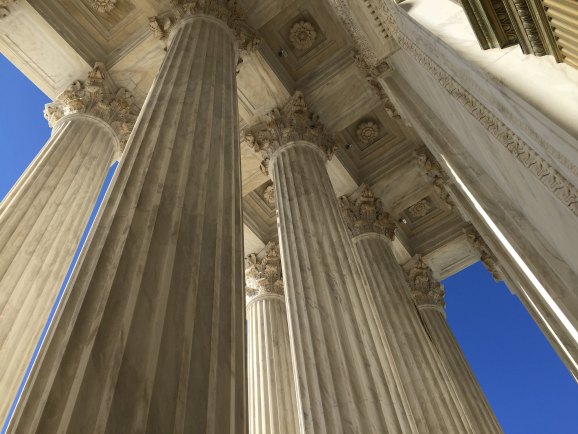 With podcasts enjoying a surge in revenue and VC investment and collectively surpassing 65 million monthly listeners for the first time, VentureBeat’s Paul Sawers makes a good case for why 2017 was the year of the podcast. A closer look at the shows unveiled in the past few months reveals a trend in podcasts that are the stuff of a history nerd’s dreams.

Shows like Dan Carlin’s Hardcore History and Stuff You Missed in History Class have been popular among podcast listeners for some time now, but in recent weeks names like American History Tellers and Atlanta Monster have debuted and shot to the top of the charts on Apple’s Podcast app — used by the majority of podcasts listeners — as well as popular apps like TuneIn and Google Play Music.

These newcomers aren’t alone, as others like More Perfect (about the U.S. Supreme Court), Uncivil (about the Civil War), and Revisionist History from author Malcolm Gladwell, also launched history-themed podcasts in recent months.

Regardless whether you’re a podcast fan — one of those people quick to ask “What are you listening to?” — a sharp dive into past events reveals some fantastic, timely storytelling. Many of the recent batch of podcasts come from some of the best podcast networks around, including Radiolab, Panoply Media, WNYC, Gimlet Media, and How Stuff Works.

The true crime genre of podcasts is not only wed to the travails of tragedy and human relationships. To put you in the time and place, to understand the context, these podcasts often include a heavy dose of history too. That’s what you get with Atlanta Monster, a podcast that made its debut on January 5. The show is only two episodes in and is already ranked No. 1 in both Apple’s podcast app and TuneIn.

Atlanta Monster tells the story of missing and murdered children in Atlanta. Virtually all of the children featured were poor African-American boys. As the killings terrorized a community, the events would draw the attention of national press, the FBI, and public figures like Sammy Davis Jr. and Frank Sinatra.

In its first two episodes, Atlanta Monster examines the cases of missing children alongside the story of an evolving city roughly a decade after the height of the Civil Rights movement.

Interviews with investigators, community members, and people who were kids at the time and remember being afraid give the podcast an air of oral history.

The Atlanta Monster story is told by host Payne Lindsey and is produced by the How Stuff Works crew based in Atlanta in partnership with Tenderfoot TV. How Stuff Works is also host of the podcasts Revisionist History and Stuff You Missed in History Class.

Slow Burn is a Slate podcast about the Watergate scandal that led to the resignation of President Richard Nixon. The purpose of the show, host Leon Neyfakh said, isn’t to draw parallels between the Watergate investigation in the 1970s and the Mueller investigation into Russian collusion with the Trump campaign today. Rather, Neyfakh interviews lawmakers, journalists, and others involved in the scandal to talk about what it was like to live through a scandal that took down a president.

The show is a blend of the major events and little-known details about the Watergate scandal.

I’m a self-proclaimed history nerd, but I’m 32, so there’s a whole lot I don’t know about that period of time. I was unaware of the stories of people like Martha Mitchell, wife of Nixon re-election committee chair John Mitchell. She would tell reporters she was tranquilized, held against her will, and lambasted by Nixon loyalists to prevent her revealing details about the break-in at the Watergate hotel.

I also didn’t know that Bob Woodward and Leslie Stahl from 60 Minutes used to date back in the day, and I had forgotten that before Woodward and Bernstein were enshrined as legends in the history of American journalism, Nixon got re-elected in one of the most lopsided Electoral College landslides ever.

Slow Burn is currently ranked fifth among TuneIn’s Top 25 Podcasts and 14th in the Top Charts section of the iTunes Podcast app.

American History Tellers made its debut January 3 with the release of the first three episodes in a six-part series about the Cold War. The show attempts to combine commentary from researchers with reenactments that capture what living through specific moments in U.S. history was like for everyday people.

For example, the first episode walks you through what a meeting with someone from the FBI may have been like if they’d come over to ask you a few questions about a neighbor with alleged Communist ties.

At the time of publishing, American History Tellers was #2 in the Top 25 podcasts on TuneIn and #3 in the Top Charts portion of the iTunes Podcast app.

American History Tellers is made by Wondery, creator of the Tides of History podcast.

From Gimlet Media, Uncivil debuted in the fall of 2017 with stories about the Civil War. It often digs into misconceptions and mistruths told about that period, and it looks at ways the impact of the war is still felt today. Like many of the shows here, Uncivil tells a lot of little-known stories.

The first episode details the liberation of plantations by the 2nd South Carolina infantry in Combahee, South Carolina, aided by intelligence from Harriet Tubman.

As host Lillian Cunningham points out in season one, there have been more than 10,000 attempts to amend the U.S. Constitution, and fewer than 30 have actually received the requisite approval from three-fourths of all states.

From the Washington Post, Constitutional tells stories about the U.S. Constitution. The focus of the second season — the exploration of the 27 amendments to the Constitution — was suggested by a listener who had heard Cunningham’s Presidential podcast, recorded in 2016 about U.S. presidents.

I really enjoyed the hour-long look at the road traveled to reach consensus across the nation for a collection of the laws that have made the most fundamental shifts in U.S. history — like the 19th amendment that gave women the right to vote or the right to a fair trial enshrined in the 6th amendment.

The latest episode looks at privacy protections in the Constitution and how the Supreme Court has grappled with the definition of privacy as new technologies like cameras and cell phones have emerged.

This podcast comes from author Malcolm Gladwell. In each episode, Gladwell argues that a key moment in history has been misinterpreted or misunderstood. Episode subjects are as broad as golf courses in Los Angeles, McDonald’s french fries, or Winston Churchill’s friendship with a physicist.

A large portion of season two of Revisionist History focuses on the Civil Rights movement.

In these episodes, the show takes a closer look at an iconic photograph of a child being bitten by a police dog, and explores how the Brown vs. Board of Education decision led to the decimation of the ranks of African-American teachers in the United States.

I listened to the first season, but I found the second season much more engaging and personal because alongside the history it offers glimpses of Gladwell’s own story. I didn’t know he’s Canadian or part of his family is originally from the West Indies. His father passed away during the recording of one episode and that tragedy indirectly shaped how the story was told. Overall, I felt like I got to know Gladwell better, not just as the author of popular books like Tipping Point, but as someone with an interesting story of his own.

More Perfect examines issues and major cases that have been argued before the U.S. Supreme Court. Season two, which wrapped up last month, explored issues such as recent Second Amendment challenges and the theft of Justice Felix Frankfurter’s papers, one of the largest thefts in the history of the Library of Congress. There’s a lot more laughter in this episode than you might imagine.

Women have only been on the U.S. Supreme Court since Sandra Day O’Conner was appointed by President Ronald Reagan in 1981. Of the four women who have ever served, three are on the bench today, and the episode reveals that they are interrupted more frequently than their male counterparts in the highest court in the land.