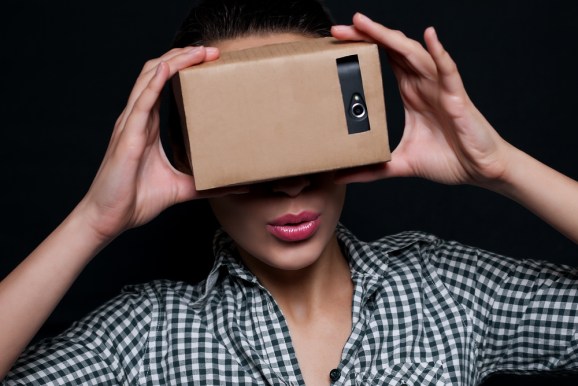 Last year was action-packed for the WebVR industry, as we predicted. One of the most interesting developments was Amazon entering the fray by introducing the developer preview of Sumerian, a browser-based tool that makes it even easier for developers to create WebVR content. The summer was a particularly special time for browsers that support the WebVR standard; Mozilla released version 55 of Firefox for Windows, making it the first desktop browser to officially support the WebVR standard.

Apple’s Safari is, in fact, the only member (aside from Opera) in the browser pack to still not support WebVR at this stage. What this means is that for WebVR content to be responsive on Safari, developers have to manually add in the polyfill specs, which mimics the information the WebVR API otherwise provides, like lens distortion based on a device’s screen and fetching gyroscopic information for VR tracking. While polyfill may still not work for some browsers, like Edge for Android, in most cases it should offer an “okay” experience.

Finally, the W3C also hosted its first workshop on WebVR Authoring last month in Brussels. One of the key outcomes was to rename the future iteration of WebVR (WebVR 2.0) to the “WebXR Device API”, which expands its scope of influence to now include MR and AR implementations. So, although we’ll continue to call it WebVR for the time being, get ready for a change of terms soon.

In 2018, we increasingly need to distinguish between “WebVR-ready” browsers and “VR-first” browsers, because they reflect two very different approaches to content consumption, particularly insofar as early VR adopters are making use of them.

WebVR-ready browsers are any of the major browser vendors that have committed to the standard WebVR API specs. Google Chrome, Mozilla Firefox, Microsoft Edge, and Samsung Internet Browser are included in this category. In this case, you’re navigating the 2D web like you always do, but when you encounter WebVR content, you will be able to interact with the 3D content, sometimes offering what we call a “magic window” view that enables the content to be responsive to the positioning and movement of your mobile. From there, an “Enter VR” button lets you switch to VR mode and then plug-in your VR-headset for full immersion.

These browsers have the dual purpose of reconciling the browsing of the past with the browsing of the future. When a user is surfing from a 2D page to a WebVR experience, they transition seamlessly thanks to the magic window, which can then transform into complete immersion with one more click. That’s progressive enhancement strategy at work.

On the other hand, VR-first browsers like Oculus Browser, which also made its public debut last year, make the VR environment the starting point.

You can only get to these inside a user’s VR headset, and they don’t exist in the traditional “2D mode” of browsing that you’re otherwise used to. These browsers only convey WebVR content inside a virtual environment, which can sometimes even be customized according to the content. So, for example, when a user views a traditional 2D website, it’ll be presented on a flat 2D plane inside the browser’s VR environment. If there happens to also be a WebVR version of the 2D page, the user can jump into the immersive view with just one click of the “Enter VR” button.

So, the two different approaches have a big impact on how user navigate, consume, and relate to 2D and WebVR content alike. They, in fact, shape it.

“One of the key advantages of WebVR is its ability to reach a large audience across web, mobile, and VR platforms. As we think about creating meaningful social interactions for our users in VR, WebVR gives us the potential to connect users in VR with their friends outside VR. We put together a short proof of concept video last year at F8 and we are continuing to work on additional use cases and the underlying tech that are needed to support these experiences,” said Oculus’s Andrew Mo, whose its WebVR product manager. “In addition to the examples I gave, we also think productivity use-cases like document collaboration, virtual meetings, etc. are promising areas to invest in. But we’re still in the early days of exploration here.”

Imagine browsing through Airbnb in groups, booking in consensus together, and all of the additional functionality that comes into play when the experience suddenly becomes social. We’re already seeing this shift happen in various ways thanks to VR, like in the case of Sliver.tv’s transformation of the spectator experience in esports and in Hulu’s social VR integration. VR-first browsers will only accelerate things in this direction.

In a WebVR category all of its own

It’s also worth noting the case of JanusVR, the native VR browser that runs on its own language, JML. It was developed with VR in mind from the outset in order to transcend the limitations of HTML, which was never originally intended for building 3D worlds. They released a WebVR client, coined JanusWeb, in January 2016 as a means to widen their platform’s reach by enabling users to access the platform from outside the native application, directly from any traditional browser, while still using the browsing features of the original application. It’s like a browser inside a browser.

Above: JanusVR users watch the Ready Player One trailer with friends using a WebVR-enabled browser

“By offering a WebVR client that runs in any browser, we’re able to expand that reach to include anyone on just about any device – JanusWeb runs on desktops, laptops, mobile phones, tablets, TVs, and even embedded devices like Raspberry Pi, and has support for every major headset.” James Baicoianu, the principal engineer at JanusVR, told me. “It also allows our users to share and promote the worlds they’ve made on social media, and because their content is just a click away they see much higher adoption than if they had to convince people to install an app just to get started.”

All of this speaks to WebVR’s versatility, which as far as use cases go, is broad in its applications and is very sticky wherever it goes. It’s why we consider it to represent one of the strongest branches of the VR industry, and one that you should pay close attention to as it continues to evolve this year.

Amir-Esmaeil Bozorgzadeh and Thomas Balouet are co-founders at Virtuleap, a sandbox for creative developers to showcase their WebVR concepts to the world, the host of the Global WebVR Hackathon, and the startup behind the Gaze-At-Ratio ad metric.