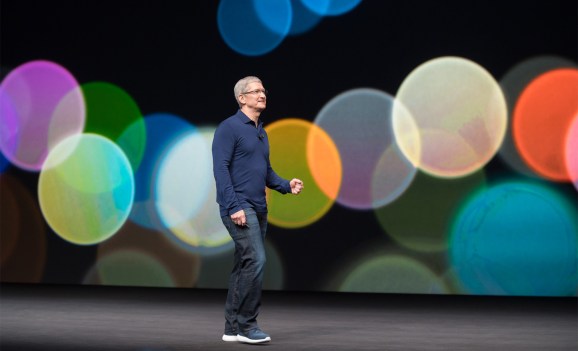 Speaking in the U.K. today about Apple’s Everyone Can Code curriculum, CEO Tim Cook briefly addressed the topic of iPhone addiction, seeming to cast blame on social media and the “overuse” of technology.

“I don’t have a kid,” said the 57-year-old Cook, “but I have a nephew that I put some boundaries on. There are some things that I won’t allow; I don’t want them on a social network.”

A debate has raged over whether smartphones, social media, or a combination of factors is leading children — and many adults — to stay glued to their devices, awaiting text and other communications. Earlier this month, shareholders called for Apple to address what they deemed childrens’ iPhone addiction and, in response, Apple rapidly pledged to enhance parental controls on iOS.

According to The Guardian, Cook said he does not “believe in overuse” of technology, noting that “I’m not a person that says we’ve achieved success if you’re using it all the time … I don’t subscribe to that at all.”

He also explained that he believes technology should not play a major role in every academic subject. “In a course on literature, do I think you should use technology a lot? Probably not.”

The comments come ahead of the company’s Q1 2018 earnings on February 1, when Apple is expected to report record-breaking device sales. Apple recently announced plans to inject billions of dollars into the U.S. economy, in part through product support and manufacturing efforts over the next five years.