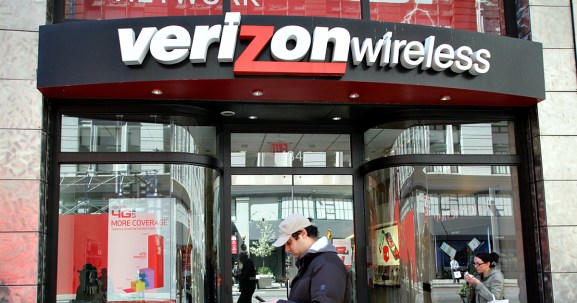 Verizon’s CES announcement of a small-scale U.S. 5G rollout in 2018 may have been met with a mix of uncertainty and disbelief, but CEO Lowell McAdam was unambiguous in a conference call today: 5G is indeed coming this year, critics be damned.

Dismissing rivals who portrayed Verizon as focused on “fixed, pre-standards 5G” instead of mobile, globally standardized 5G, McAdam explained that the company would rather start building residential broadband, mobile, and IoT infrastructure now than wait until the entire 5G standard is finished. Consequently, Verizon will rely on a “proprietary” version of 5G at first, then follow the global 5G standard “very, very quickly in ’18.”

McAdam noted that he was pleased by the company’s 5G testing results to date. Verizon has tested millimeter waves at roughly 2,000-foot distances, reaching peak speeds of 10 Gbps. Referring to the expected 5G standard’s promised minimum service speeds, McAdam said that Verizon is “very comfortable with being able to deliver a gigabit of service to everyone that we’re providing service to.”

Moving from proprietary to standardized 5G might be trivial for Verizon. Thanks in part to the company’s three- to five-city rollout — comparable to city-scale tests announced in other countries — the network’s switch could be accomplished with updates to proprietary equipment, much of which will be supplied by Qualcomm, Ericsson, and Samsung. Which cities will get early 5G service? McAdam noted that he’s personally meeting with mayors to firm up the initial lineup, “and the reception has been extremely positive.”

While it might be easy for a multi-billion-dollar company to swap 5G hardware, early consumer 5G hardware might not be upgradeable to the final industry standard. Verizon’s rollout is expected to begin with high-speed broadband service, which the company could swap at no charge to early customers.