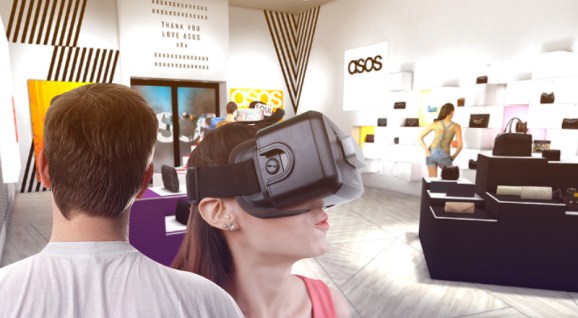 WebVR being a game-changer for the VR industry is a message that I’ve been eager to spread for the past couple of years. The JavaScript API that enables you to load VR experiences on your browser enjoys all the benefits that the open web has to offer an emerging tech (like no friction or walled gardens) is in an interesting enough place that, even if there were no new developments, 2018 is already shaping up to be an amazing year for immersive browsing.

And yet within months the WebVR API will shift gears and become the WebXR API, a combined framework that welcomes WebAR into the family, and thereby allows developers to create immersive content that runs on all VR and AR devices. So, while the rest of the industry continually falls prey to fragmentation, this web-based standard offers us an alternative vision that unifies the entire spectrum of immersive computing.

In fact, it makes the immersive web inherently interoperable; a feat no other platform can even come close to imitating.

“AR and VR share many technologies, from spatial trackers to head-worn displays to interaction devices; from a purely technical standpoint, combining device support into one API will hopefully simplify both the implementation and the use of the API.” Blair MacIntyre, the principle research scientist in the emerging technologies group at Mozilla, told me. “The bigger significance is that by making one API, it is easier for developers to target the spectrum of ways their content can be experienced by users. A key characteristic of the web is that you can visit a web page from the device or browser of your choice, and have a reasonable expectation that you can access the content in some form.”

Above: Mozilla A-Painter on WebXR

Responsive across the full XR continuum

Developers can now look forward to creating a single web page, for example, that will be responsive across all platforms and devices, creating use cases that allow digital objects to spring in and out of virtual worlds and appear into the mixed realities that blend seamlessly into the real world. Content will shift back and forth between VR and AR and, naturally, the use cases are exceedingly broad, versatile, and invites developers to consider cross-device responsiveness from the outset in developing XR content.

“There are plenty of scenarios where it would make sense to have the application be responsive and go from an VR to an AR. Immediately I think of education, shopping and training scenarios.” Diego Gonzalez, a web advocate at Samsung Internet, told me. “Possibly the most important one being education, where objects can be in a virtual place and interact in a simulation with the user, and then they can be brought to the ‘real world’ to manipulate and take a closer look at. In this case the combination of being able to inspect something ‘onsite’ and then see how it behaves/operates in a different environment.”

Brandon Jones, Chrome WebVR developer, describes it like this: “Today we tend to think of VR devices as headsets and AR devices as handheld phones, so I’ll use that for the example: VR is great at giving you a sense of scale relative to yourself, while today’s mobile AR is great at giving you a sense of scale relative to your environment. So imagine you’re looking for a piece of furniture or a TV or something similar for your home. An app built for both VR or AR could let you stand next to the object in VR, at the correct scale, to get a sense for how big it is. The AR side of it could then project that same object into your room to indicate it if will fit the space. Of course, the really exciting point will be when you can do both with a single headset, getting that personal sense of scale and grounding in your environment simultaneously.”

All the major browser vendors under one banner

Jones also co-chairs what has recently been renamed the Immersive Web Community Group, which was established under the W3C Community Groups organization in order to play the essential role of developing the WebXR API with the active participation of all the major browser vendors and the wider developer community. It brings all of the key players to the table so that they can work together in moving the standard through the W3C standards process.

“We’re taking it one step further, though, and working to establish the Immersive Web Community Group as an incubator for any standards related to how the web interacts with immersive computing. By encouraging any new immersive web features to be developed under the same banner we can ensure that those features complement and enhance one another.” Jones told me.

The WebXR API should be made accessible to developers for early testing in Q1 2018, and you can be sure to expect to see increasing coverage as the months unfold and we inch closer to the standard becoming a stable browser feature. When it does make its public debut, you can bet that it will upset a lot of the market forecasts that have been crunched together by pundits who have assumed all along that VR and AR reflected two distinct and separate industries. It seems immersive computing was always destined to be a lot more mixed.