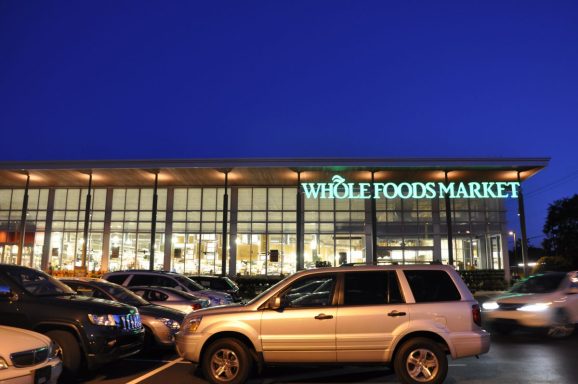 One of the biggest stories to emerge from the technology industry last year was Amazon’s shift into the brick-and-mortar realm with its $13.7 billion acquisition of organic supermarket chain Whole Foods. In the months following the deal’s closure, Amazon didn’t waste time leveraging its presence in the physical world, slashing Whole Foods pricing, promising special prices and offers for Prime members, and selling Amazon’s hardware at hundreds of Whole Foods locations.

Today, Amazon announced the next obvious step in its effort to corner both online and offline retail, opening Whole Foods grocery deliveries to Prime members as part of its Prime Now two-hour delivery service.

From today, Prime members in  Austin, Cincinnati, Dallas, and Virginia Beach can have Whole Foods orders of more than $35 delivered directly to their door between 8 a.m. and 10 p.m. The company said that it plans to expand the offering across the U.S. throughout 2018.

Amazon first introduced Prime Now to New York back in 2014, and it has since expanded the service across the U.S. and internationally. Through Prime Now, members can access free delivery on certain products within a two-hour period, or they can pay $7.99 for a super-fast one-hour delivery.