Pinterest has announced a slew of new tools designed to help users organize their pins and boards.

First up, a new archiving option lets you file a board away for posterity. This feature serves a number of purposes — for example, you may wish to revisit an old board you’ve created if it pertains to a meaningful life event, such as a birth or a wedding, but you don’t want it cluttering up your main dashboard.

At the same time, you might get tired of Pinterest recommending items related to the board, such as flowers or dresses. So archiving a board effectively kills two birds with one stone: You can now focus on relevant boards without being inundated with irrelevant alerts and notifications. 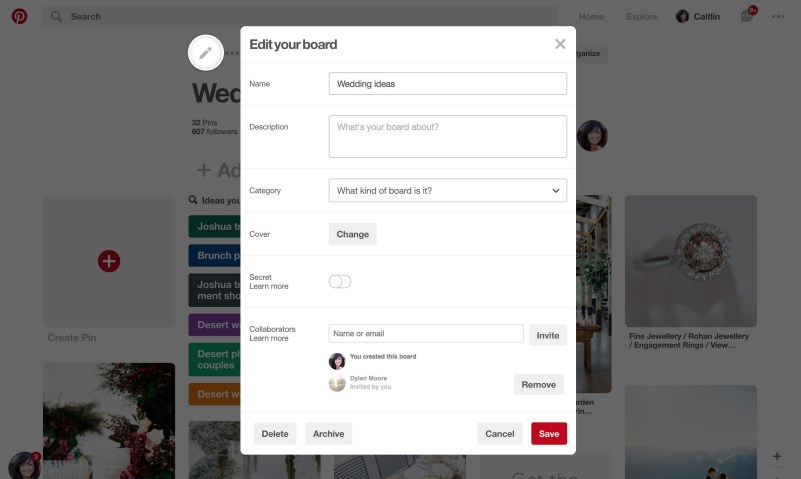 Above: Archiving a board

You may also remember that Pinterest launched a new “sections” feature back in November that allows you to divide a board into, well, sections based on distinct themes. Now Pinterest will let users switch those sections around. Additionally, Pinterest is expanding this functionality to Pins, which you can now move around the board.

Pinterest said that this last feature was among its most-requested and was one that presented its engineers with some notable technical challenges.

Finally, Pinterest has revealed that you will now be able to sort boards by more criteria, including alphabetically or by creation date or most recently saved to. 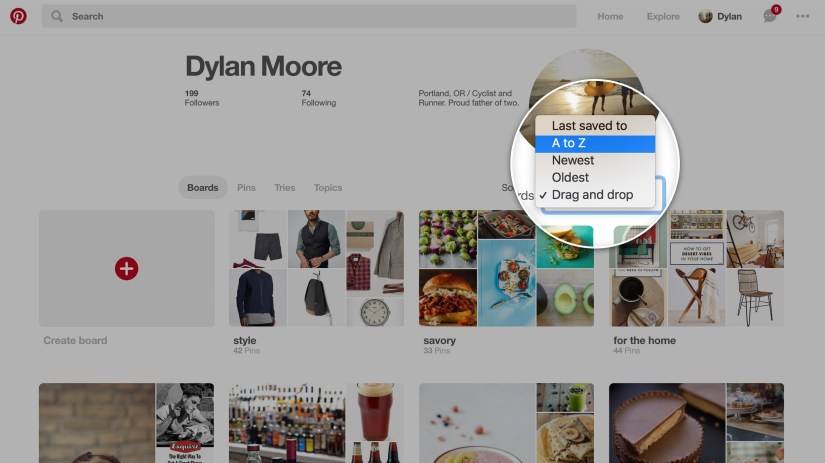 Pinterest announced it had 200 million users back in September, having maintained a growth rate of roughly 50 million new users per year. As with other tech companies, Pinterest has been doubling down on its artificial intelligence efforts, including adding computer vision search tools, Facebook Messenger bots, and deep learning to recommend related Pins. These latest updates feed into Pinterest’s broader AI push, given that it uses the content of boards as one of its main sources for making recommendations.

By affording users new ways to tailor and customize their boards, Pinterest should be able to garner more juicy data to feed back into its machine learning algorithms.

The features are rolling out from tomorrow on Android, iOS, and Pinterest’s web interface.