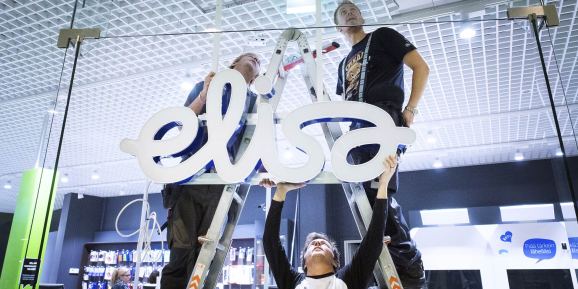 Finnish carrier Elisa has promised to complete a 5G-ready network in the city of Turku by the end of May, the company announced today. Turku is Finland’s oldest city, settled during the 13th century, and is expected to be one of Europe’s first cities with next-generation 5G wireless capabilities. Elisa describes the new network as laying the foundation for Turku to become a “smart city,” including new wireless health, traffic, and utility infrastructures.

The plan for Turku casts a spotlight on some of the interesting challenges faced by 5G providers, particularly in Europe, despite years of advance testing and preparation. 5G requires new base station hardware that is still in the process of being finalized, operates on radio frequencies that may not be licensed in various countries, and yet promises to have a major impact on virtually every facet of society in the foreseeable future.

Like Verizon in the United States, Elisa will build its network by replacing existing 4G network hardware with brand new 5G-ready technology that can be upgraded after 5G standards have been finished. Unlike Verizon, Elisa has not specified the 5G devices that will be offered for its network. For the time being, Elisa says that the new hardware “will immediately benefit people living in the area” by improving 4G speeds, while making it “easy to add features required in 5G services to the network, for instance, considerably faster data transfer speeds, short delay, and functionalities needed in the Internet of Things.”

Last week, Elisa and Huawei successfully conducted live tests of 5G in a Helsinki suburb, relying on “the most important 5G frequency band,” 3.5GHz. Beyond hitting a 1.4Gbps peak speed during the tests, Elisa ran YouTube, Skype, and VR tests over 5G and offered “Europe’s first 5G gaming experience,” including real-time game demos. Elisa previously worked with Nokia in Espoo, Finland on the first Nordic tests of fixed 5G, including a VR headset test featuring “a concert by the metal band Amorphis filmed with a VR camera.”

It’s worth noting that Elisa’s latest announcement leaves out two important details. The carrier mentioned that Turku would be its second city with such an extensive modern network, but didn’t name the first. Elisa began construction of a 5G-ready network in Tampere last year, which it previously estimated would be complete by this month. (Thanks, Tomasz!)

Another issue was noted in an Elisa press release last week: “To build a 5G network in Finland requires that the 3.5 GHz frequency is licensed for 5G operation during 2018.” Thus far, Finland’s regulatory agency FICORA has issued testing permits for 3.5GHz but has not yet authorized carriers to offer 5G service on that frequency — a change that might not happen until early 2019. This is another example of how regional regulations may prevent 5G from launching in Europe before the U.S. and Asia, despite obvious interest from local carriers and manufacturers.