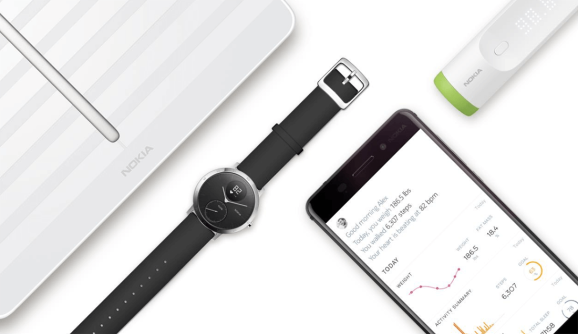 Nokia’s ambitious attempt to reinvent itself continued to unravel today when the company announced it had “initiated a review of strategic options for its Digital Health business.”

In a short statement, Nokia said:

The move is a surprising twist, coming less than two years after Nokia paid $192 million to acquire France’s Withings in order to essentially launch itself into the digital health business. Withings was known for its range of connected health products, including watches, fitness bands, sleep-trackers, thermometers, and scales.

Withings CEO and cofounder Cédric Hutchings became vice president of Digital Health at Nokia. In a June 2016 interview, Hutchings said he was thrilled about the potential opportunities that would come with being part of Nokia.

“We have a huge ambition,” Hutchings said. “Nokia Tech is essentially a new company. And it’s in a very strong position to be seeding and building new businesses at Nokia.”

Withings was tucked inside a group called Nokia Technologies, a kind of startup hub based in Silicon Valley that existed within the broader Finland-based Nokia corporation. Nokia Technologies was assigned 30,000 Nokia patents that generate $800 million in annual revenue for the unit. It also had 800 employees, mostly engineers.

The idea was to take these patents, the revenue, and the team of engineers and start exploring new product categories for the company. One of the first initiatives was creating a Digital Media business whose product was the Ozo virtual reality camera. The second was Digital Health, which was jumpstarted with the Withings acquisition.

Nokia had hired Ramzi Haidamus away from Dolby Laboratories to run Nokia Technologies. But in August 2016 Nokia announced that Haidamus was leaving, though the company offered little information as to why.

Last fall, Nokia announced it was closing down the Ozo business and laying off 310 people. At the same time, it also took a write-down of $164 million on its digital health business, essentially setting the value of its Withings acquisition at zero, according to Reuters.

“The charge was taken as we updated our projections for the business,” a Nokia spokesman told Reuters at the time. “Despite the charge, we remain confident in the potential of our digital health business, and believe we have the assets, the brand and the innovation capabilities to succeed.”

Apparently, not so anymore as it appears digital health is next on the chopping block.

In a statement, Nokia emphasized that it wasn’t considering parting with its lucrative patent business. But as the company considers its options for digital health, the future of the Nokia Technologies experiment seems uncertain at best.