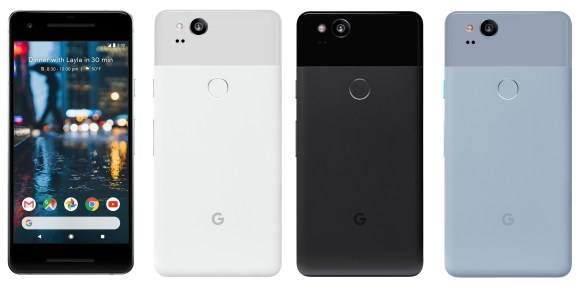 #GooglePixel shipments continue to grow, but they still represent a tiny portion of the smartphone market pic.twitter.com/W6FVZlYOlC

. @Arubin's @essential smartphone is still a long way from becoming a successful venture. In 2017, it shipped less than 90K units (first six months after launch) pic.twitter.com/NHVlA2Gjzr

Put another way, Google’s Pixel shipments stand at 1 percent of leader Samsung’s for the year, while Essential could not even crack six figures in six months. Both of these are abysmal results in the context of the larger smartphone market. And yet, Google should fight on, while Essential should give up.

I’ve given Google a lot of flak for its decision to not include a headphone jack in the Pixel 2 and Pixel 2 XL. I still think it was a terrible move, and it doesn’t surprise me that the second iteration is not the breakout success the company hoped for.

That said, that Google has managed to steadily grow sales is an impressive feat, especially as it is only selling flagship phones. Sure, shipments in the millions does not mean we can expect shipments in the tens of millions or even hundreds of millions. But growth is notable given that the overall market is plateauing.

The original Pixel and Pixel XL are still great options in 2018 for those who don’t need the latest and greatest. And while Google is unlikely to add a headphone jack to the Pixel 3, it will likely learn a lot from the various Pixel 2 and Pixel 2 XL kinks. Plus, the company now has $1.1 billion worth of HTC employees to put to work.

The Pixel brand overall does a great job of showcasing Android and Google Assistant at their best. Like Microsoft is doing with Surface, this strategy means you don’t need to dominate sales to achieve your goal.

Android cofounder Andy Rubin should have known better. Yes, his name alone generated a ton of hype around his new company’s new phone, but the reality is PH-1 is not a game-changing device. Furthermore, all its competitors have significantly deeper pockets.

Most smartphones nowadays are very good. Making a good smartphone is not good enough. You either need something unique or a massive marketing push, and ideally both.

Rubin has a plan for Essential that does not simply involve making Android phones. His company is also developing a smart speaker called Essential Home that runs a new operating system dubbed Ambient OS.

I was bearish on Essential when the products were first unveiled, and I’m all the more bearish now that we have early numbers. The company’s only hope is a hard pivot. Maybe Rubin should double down on Ambient OS, his artificial intelligence service push, and hope for a sale. After all, he’s done it before.

Even if we didn’t have Pixel and Essential shipment numbers, it would be obvious Google and Essential are tiny players. Headlines have focused on the devices’ shortcomings more than anything else, and the companies have responded with deals.

Google this week started offering loyal Nexus owners 20 percent off Pixel 2s. In October, Essential reduced the price of its phone from $700 to $500, and this week it offered three new “limited edition” colors.

These are all fine and dandy distractions. Google needs to spend more time thinking about what worked with Nexus and focus on a global expansion plan. Essential needs to tap out and shift strategy.