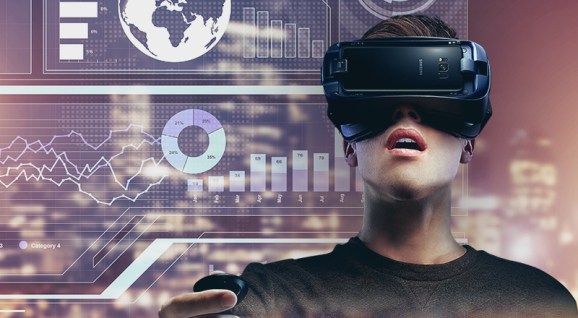 As I wrote back in June, startups in the VR/AR space are wading through a shroud of mystery as to when the industry’s winter will give way to widespread traction and mainstream adoption. I also offered an example of an exceptional case earlier this month about how a UK-based startup, VirtualSpeech, meandered through a series of different combinations of product-market fits and revenue models until they were able to spot an intersection with a traditional industry that delivered a revenue positive outcome.

Unfortunately, most of VirtualSpeech’s peers aren’t (or weren’t) so lucky, which in most cases isn’t owing to any particular failing on their part per se, but is rather a consequence of facing the market reality of a long and perhaps overextended hype cycle. That the landscape is murky is a continual fact of existence for the industry at this point in time, but the fog does seem to be starting to clear.

“The reality is, we are dealing with a distinct situation where a lots of capital was invested in hardware and then more capital was injected into content under the presumption that content is King.” Benjamin Durham, the chief operating officer at Thrillbox, an immersive streaming data management platform, told me. “However, we are now learning that the consumer is King. Not content. What is interesting, that we as a community must work towards understanding, is why the retention is so difficult.”

When the customer is king in a murky market landscape, the priority has to be on doubling your efforts on how to approach the task of understanding your end-users, head to toe and inside out, which in this case means employing mixed reality analytics tools and methods to track their behaviors and interactions within an immersive setting. The problem, however, is that the majority of VR/AR startups appear to be altogether missing, lacking, ignoring, or even actively avoiding the effective use of this new breed of intelligence and performance tools that are inherently designed for comprehending the dynamics of user interactions in 3D worlds.

One factor at play is that we have a generation of teams with backgrounds in 2D web, native, and mobile applications entering the scene as the pioneers of an emerging tech that intends to disrupt traditional industries. What’s ironic is that these same would-be disruptors tend to overlook the fact that in order to approach the task, effectively, they have to simultaneously let go of the old tool-kits and practices that served them so well when their products were indeed 2D. It’s the catch-22 that forces old habits to die hard.

I asked CEOs of two mixed reality analytics platforms to illustrate what the actual tally is of startups that are equipped with the right sort of analytics to navigate through the landscape intelligently. While Alexander Haque at Retinad believes the number of startups that actively use mixed reality analytics in a “rigorous, methodological and effective way” to be between 10 percent to 15 percent, Lucas Toohey at ObserVR scores it below 5 percent.

Either way, that makes for a major blind spot, which is understandable given we’re still somewhat in the cowboy days of founders following their guts and intuitions, but it inevitably leaves them incredibly vulnerable as they navigate blindly without the right tools to intimately understand the operative dynamics at work between users and the immersive solutions or experiences on stage. In an industry where the products and user interfaces are in constant flux in lieu of any industry standards, understanding how early adopters interact with their products and platforms by way of 3D data sets shouldn’t be optional.

“We have discovered there is a lack of awareness of the distinct types of data sets generated by Immersive media deployments that go beyond the traditional 2D video engagement analytics that marketing and distribution teams have become accustomed to. It is this lack of awareness and proper framing of expectations, amongst a confluence of other things, that has prevented Immersive media from graduating from “experimental marketing budget land.” Durham told me.

It seems paradoxical that the primary analytic tools that many VR/AR startup teams are working with to collect and digest their data would be the same ones that they would use for a 2D application. It’s also turning out to be a recurrent theme as it shares some parallels to my recent story on the need for VR browsers to break free from their 2D web browser legacies, which in large part serve as anchors that ultimately hinder, buffer, or stall a startup’s capacity to build and fine-tune a product or platform to its maximum immersive potential.

One of the more peculiar legacy tools that has continued to linger as an awkwardly applied solution in the context of VR/AR is the antiquated heatmap.

“The problem with heatmaps is that they are generally poorly defined, in that they have no raw quantitative data to go along with them, to help tell a story and are generally not translated into a use-case that a user cares about. Simply put, just knowing where people have looked, is not enough.” Haque told me.

Using traditional digital tools to understand a user in VR/AR is like walking in shoes too small, or even with no shoes at all. The chief question is whether they are suited to deliver the kind of behavioral and user insights that reveal the key metrics that the product strategy ought to revolve around. That’s the path to establishing effective feedback loops, which in turn create the kind of positive feedback cycles that boost a startup’s performance across the board.

“The use and value of analytics in VR/AR is not drastically different than current technologies, but what is new is the type of data we are able to collect in three-dimensions. Tracking user onboarding, how long it takes for users to learn and re-use key controls, how users move about their physical world, and what elements in an experience are getting engaged with the most are all important questions to ask and can be backed by data. It is more about building intuitive VR/AR experiences than anything else. This naturally increases session length and overall retention.” Toohey told me.

Ultimately, to fail to embrace and employ mixed reality analytics is tantamount to rolling dice in circumstances that are already exceedingly ungenerous and unforgiving, which is the natural climate of a hype cycle, after all, and is exactly what you sign up for when you step into the ring. My guess is that many startups will only wake up to this necessity gradually, which will likely be too little and too late for most. My hope, however, is that I’m wrong and that we can look forward instead to seeing the pace of adoption towards data-driven models begin to accelerate this year.