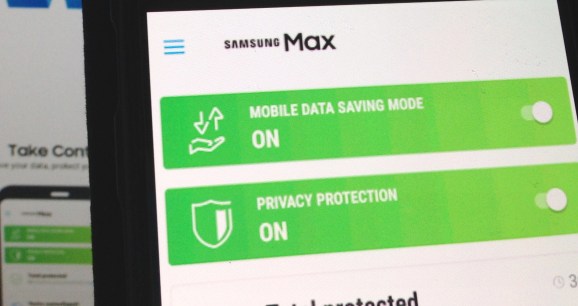 Norwegian tech company Opera, which first became known for its desktop browser when it launched in 1995, has offered mobile browser apps across various platforms for years. But in 2014 it launched the standalone Opera Max app for Android to give its users more bang from their data plan, along with some VPN-like features. The app compresses data such as photos, music, and videos while promising “no noticeable loss of quality.” Opera Max can also block background processes to conserve battery and data.

The app was given a number of new features over the past few years, but last August the company revealed it was pulling the plug on Opera Max once and for all. The reason, according to Opera at the time:

The product had a substantially different value proposition than our browser products, and represented a different focus for Opera. We, therefore, focus on our browsers and other upcoming services.

Opera delisted the app from Google Play*, though it did state that the app would remain functional for a period of time and promised that it would inform existing users before terminating server-side functionality.

Well, it appears D-Day has come, and Samsung has stepped in to save the app. No details are available as to whether Samsung paid anything for the app, but given that Opera was going to shutter the service anyway, it’s likely Samsung paid very little — if anything — to take it over. VentureBeat has reached out to the companies and will update when, or if, we hear back.

Unfortunately, as with many Samsung apps, Samsung Max will only work on certain Samsung Galaxy-branded devices. So if you’ve been happily using Opera Max on a non-Samsung device for the past six months, the next update that rolls out will render the app useless for you.

Those with a compatible Samsung device will receive the new Samsung Max update automatically if they have Opera Max installed, and the app will also come preloaded on some devices in India, Brazil, Argentina, Nigeria, Indonesia, Mexico, Thailand, South Africa, and Vietnam. Everyone else (with a compatible Samsung device) will be able to download the Samsung Max app from Google Play or the Galaxy Apps store.

Above: Samsung Max: The app formerly known as Opera Max

Samsung Max is effectively the same as Opera Max, though the Korean technology giant said that it will “improve” the data-saving and privacy-protection modes, and it has also given the interface and UX a bit of a spit shine. It also looks like Samsung Max is no longer a VPN, instead offering a DNS masking service that doesn’t alter your IP address.

“All over the world, data has become a commodity, but many plans are simply still too expensive for consumers that want to get the most out of the latest technology built into their devices,” noted Seounghoon Oh, vice president for the Samsung R&D Institute in India. “With Samsung Max, our users in every corner of the globe now have increased autonomy and control over their data usage and privacy in an era of rising security threats, fraudulent apps, and user profiling.”