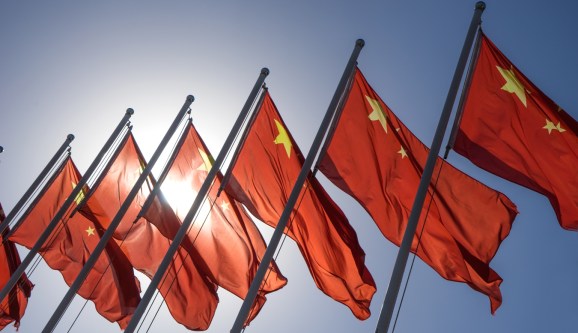 Over 60 years ago, in what is today southern Kazakhstan, the Soviet Union launched the world’s first artificial satellite into Earth’s orbit. The launch of Sputnik 1 provoked a panic in the United States that catalyzed a flurry of investment and research, which ultimately put man on the moon. China’s Sputnik moment came in March 2016, when AlphaGo, an artificial intelligence program developed by Google’s DeepMind, defeated South Korean Go master Lee Sedol. As The New York Times reported, AlphaGo’s victory had a profound impact on politicians in China, one that spurred increased commitment to Beijing’s effort to rule AI.

In July 2017, China’s State Council published an ambitious policy blueprint calling for the country to become “the world’s primary AI innovation center” by 2030. The plan aims to grow the country’s core AI industries to over 150 billion yuan ($24 billion) by 2020 and 400 billion yuan ($63 billion) by 2025. Many in the United States have denigrated Beijing’s ambitions, contesting China merely imitates, and is oft incapable of real innovation.

However, the country’s embrace of AI comes at a critical time, as the U.S. research sector, bereft of new funding and strategic vision under the Trump administration, faces the very real possibility of losing the race for supremacy in AI. According to the American Association for the Advancement of Science, the White House aims to cut science and technology research funding by 15 percent across the government in 2018. That’s a worrying statistic, considering the Obama administration reported in 2016 that China had already overtaken America in the number of published journal articles on deep learning, a key branch of AI.

Just as oil drove industrialization, data is driving advances in the age of artificial intelligence. To build robust AI, engineers require large quantities of data, and nothing produces data quite like 1.4 billion humans. China’s vast population, coupled with its vibrant online communities, strong propensity toward mobile payments, and negligible privacy protection, means the country is awash with data. This abundance of information is the lifeblood of AI. Each time a user interacts with one of China’s indigenous tech giants, like WeChat, Alibaba, Baidu, or Taobao, data is fed back through learning algorithms, refining their accuracy.

While this phenomenon is not isolated to China, it is the sheer scale at which the country carries out these operations that may present it with an opportunity in the future to overtake the United States in AI. For example, The Financial Times reported in February 2017 that in 2016, Chinese mobile payments were approximately 50 times greater than those in the U.S. Similarly, the China Internet Network Information Center (CNNIC) estimated the total number of internet users at approximately 731 million, with 95 percent accessing from mobile devices. In comparison, estimates say the U.S. has under half this amount, with around 286.94 million internet users.

As China’s expansion in AI continues at a dizzying pace, sourcing qualified researchers and engineers is increasingly threatening industry growth around the world. In 2016, Beijing’s Ministry of Industry and Information-Technology estimated the country needed an additional 5 million AI workers to meet the industry’s needs. However, a recent LinkedIn survey revealed that China had a paltry 50,000 people working in technology-related roles within AI, lagging far behind the United States’ 850,000.

Furthermore, the survey showed half of China’s biggest AI employers are American firms. Many Chinese talents remain in academia rather than industry — although this will likely change as tech giants hollow out universities and research institutes with the lure of higher salaries. Chinese companies must compete against the aggressive hiring techniques of U.S. firms like Google and Amazon if they are to win the AI talent war.

China’s ability to couple a burgeoning private sector with significant state resources allows Beijing to rapidly make sizable leaps in AI. The country is committing ample investment and political capital to its effort to reign supreme within AI.

Matthew is the cofounder of the St Andrews Angels, an investment network in New York & London. He is also a World Economic Forum Global Shaper.