With the battle for the burgeoning smart home market heating up, August Home (August) has today announced a free subscription tier that gives customers access to 24 hours of video footage captured by their doorbell camera.

Founded in 2013, August develops a home access system that makes it possible to unlock doors using a smartphone, while the accompanying video-enabled Doorbell Cam lets users remotely see what’s going on outside their front door. 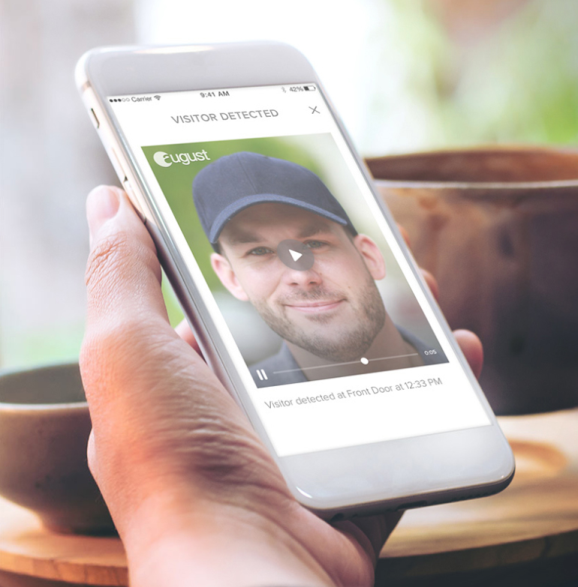 Above: August Home: Lookie who it is…

After setting up their device, users had until now received a one-month trial subscription, giving them access to the previous 30 days’ worth of video. However, once that trial expired, the user would have to pay $5 per month, or $50 for a year, to access their video history. There was no obligation to sign up, though — without a subscription, the user could still view livestreams, and they could also see a thumbnail image in their activity feed revealing who had visited their house.

From today, however, August will offer two tiers: a free “basic” plan that gives users 24 hours worth of rolling video footage, and the existing paid subscription that will now be rebranded as “premium.” 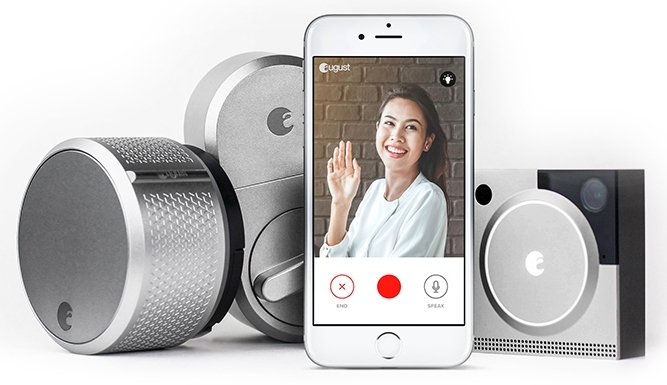 The inclusion of a free plan is an interesting move, given recent activity elsewhere in the smart home space. Google-owned Nest will soon launch its previously announced home security system that encompasses the Nest Hello camera doorbell and smart lock. And just last week news emerged that Amazon had agreed to buy video doorbell maker Ring for around $1 billion to boost its own smart home ambitions, which include an in-home delivery service powered by cameras and smart locks. On a related note, Amazon had reportedly tried to acquire August Home for $100 million back in 2016 but was ultimately rebuffed.

An August spokesperson told VentureBeat that its plan to launch a free basic subscription was in the works before Ring’s acquisition came to fruition. But what we now have are at least three similar-ish smart home startups operating under the wings of three major corporations, so some competitive jockeying is to be expected.

As things stand, Ring doesn’t offer a free subscription plan, meaning that anybody who buys its products will have to pay at least $3 per month (or $30 per year) to gain access to recorded video. Nest doesn’t offer free access to a user’s video history beyond a trial period, instead offering a minimum $5 per month ($50 per year) charge. That may not be much for those who can afford to buy the devices in the first place, but with “subscription fatigue” a growing problem, alleviating an extra monthly payment confers a notable competitive advantage.

“We are always adding new features and capabilities to our products that make them even more valuable — months and even years after the customer first made the purchase,” August Home CEO Jason Johnson told VentureBeat. “One of the main reasons people purchase a video doorbell is to be able to capture the activity at their door. We decided to make the August basic video recording subscription free to make stored video a feature of our Doorbell Cams right out of the box.”

As things stand, August Home and Ring are slightly different propositions, given that August offers tight integrations between its smart locks and cameras. But with the mighty Amazon soon to be Ring’s parent company, we can expect Ring’s product suite to expand. This could kick off a pricing battle, so don’t be surprised if Ring soon offers a free plan with video recording included. And when Nest’s new home security suite goes to market, well, we could see a similar move there too.

August’s decision to launch a free subscription plan could have a number of positive and negative outcomes beyond pushing a price war. For example, many existing paid subscribers could be tempted to downgrade their plan if they deem 24 hours worth of storage to be enough — after all, they are able to download and keep any video clips from that period. However, in an increasingly competitive smart home market, this free plan encourages would-be customers to buy the company’s products in the first place, which is what August ultimately wants.