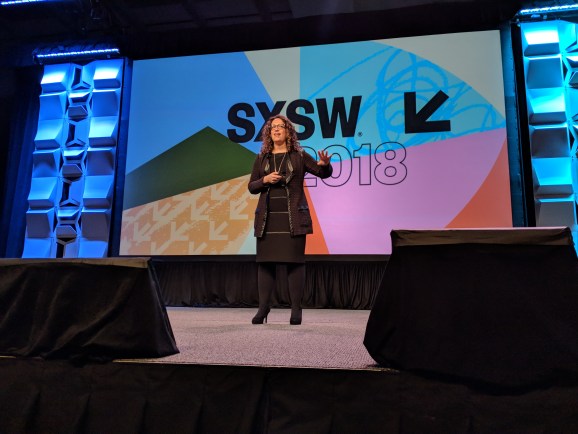 Future Today Institute founder Amy Webb has released her annual tech trends report, and much of it focuses on the continuing impact of artificial intelligence. Other trends highlighted by the report include space travel, human gene editing, and a global shortage of data scientists. Webb, a quantitative futurist and professor of strategic foresight at the NYU Stern School of Business, released the report today in a presentation at SXSW in Austin, Texas.

Now in its 11th year, the report identifies 225 trends across 20 industries, with roughly 70 of those trends related directly to AI.

In 2018, Webb expects the AI cloud and marketplaces for algorithms will continue to grow and the first personal robots will come to market.

“The development of AI is our modern version of an arms race, and in 2018, China will lay the groundwork to become the world’s unchallenged AI hegemon. If data is the new oil, China’s massive, 730 million online population puts it in control of our largest, and possibly most important natural resource going forward — human data — and it doesn’t have the privacy and security restrictions that might hinder progress in other nations,” the report says.

China has invested more sovereign state funding than all other nations combined and is the single biggest investor in AI startup companies, Webb said.

“I don’t begrudge China as a nation’s ability to do this, but I do question what their end-game is and whether that’s good for the future of humanity,” she said.

Facial recognition, voice recognition, and personality recognition — all influenced by AI — were also listed among trends expected to continue.

Recognition tech, AI assistants like Siri, and trends like dedicated AI chips mean 2018 will be the beginning of the end for the traditional smartphone, Webb said, and signal increased augmentation through wearables like smart watches, smart glasses, and smart earbuds.

Digital assistants like Siri and Google Assistant are becoming ubiquitous, and Webb predicts that by 2021 more than half of all computing will be done with voice.

After tabulation and programmable systems, AI defines the third era of computing, the report finds. Consolidation and acquisition of startups by tech giants will also continue in the year ahead. 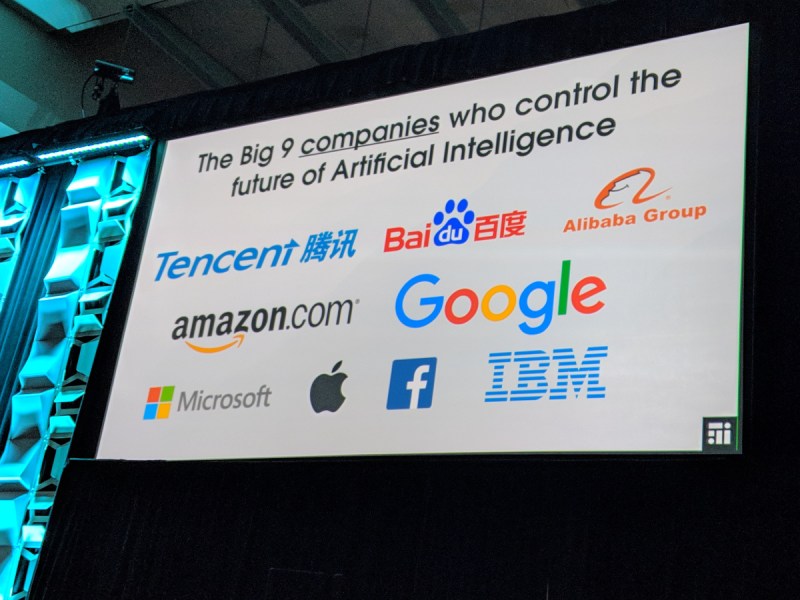 “These are the big nine companies that control the future of AI,” Webb said. “They’re all partnering with academic institutions, the money’s flowing from here, there’s a free flowing of research going back and forth, and so essentially our next era of computing is in the hands of these nine companies and three of those companies — Tencent, Baidu and Alibaba — I would argue are probably the most important ones you should pay attention to.”