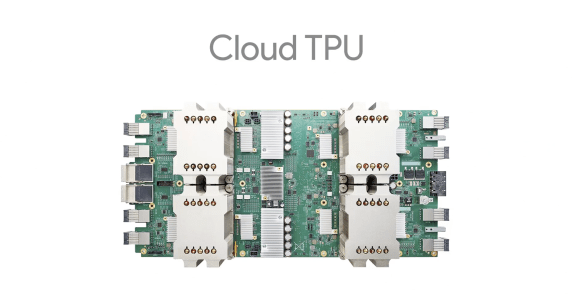 This has been a big week for specialized chips aimed at performing machine learning tasks. Google announced the open beta of its second generation Tensor Processing Unit, Amazon is reportedly working on a dedicated AI chip for its Echo smart speaker, and ARM announced its own AI hardware.

It’s easy to see why that’s happening: The math needed to run machine learning algorithms is incredibly computationally intense. Chips optimized for the task do that faster and more efficiently than general processors. What’s more, data scientists keep trying to push the envelope of accuracy by creating ever more complex models, which in turn require more power. Specialized silicon can increase the efficiency, making it easier to run complex models on beefy machines as well as devices with less power, though the particular hardware can differ between applications.

AI-optimized silicon is popping up everywhere. It’s already in your phone, or will be within a few years. Meanwhile, the three major cloud players all have their own versions of dedicated AI hardware, with chipmakers building their own capabilities as well. Then there’s a conga line of startups that all have their own takes on how to tackle the same problem.

I expect that hardware-based AI accelerators will be as common as — if not more common than — dedicated signal processors for video decoding, networking hardware, and other purpose-built silicon that already makes its way into our computers, smartphones, tablets, and other electronics today.

But as all that comes to pass, chipmakers and consumers will have to consider the lifecycle of AI hardware in addition to the traditional replacement cycle of the items that they have. One of the things Google’s original TPU paper showed is that the company’s hardware was optimized for particular types of neural networks and not others, which could be a problem as machine learning techniques evolve but the hardware deployed in edge locations stays the same.

Of course, software optimization is another frontier that AI companies are exploring as well. Brodmann17 is working on providing faster object detection algorithms through optimized software, not hardware, and the company is working with several significant clients already.

The growth of AI chips mirrors the use of AI itself, since we’ll always want quick access to intelligent results. As it becomes more normal to have machine learning applied to different facets of our life, the chips needed to make it a reality will be more normal to see, too.

X.ai’s meeting assistant bot is now available on Slack. Plans to bring the bot that automates meeting scheduling to communication platforms were first shared with VentureBeat last August following the closure of a $10 million funding round. The bot, which can be named Amy or Andrew, will be able to do the same thing on […]

eBay has announced a major new hire in its push to leverage artificial intelligence (AI) across its ecommerce platform. The company announced that it has lured Jan Pedersen from Twitter as its new VP and chief scientist for AI, and he will soon lead the company’s strategy across natural language processing, machine learning, and computer vision. He […]

Artificial intelligence, cloud computing, and the internet of things (IoT) will have bigger impacts on the revenues of chip makers in 2018, according to accounting firm KPMG‘s survey of 150 semiconductor industry leaders. Two-thirds of the leaders cited IoT as one of the top revenue drivers, up from 56 percent in last year’s survey. Cloud computing […]

ARM is unveiling its ambitious new machine learning processor platform, dubbed Project Trillium. The platform includes processors and sensors for improving artificial intelligence operations in mobile devices at the edge of networks, rather than in data centers. ARM has created a high-end processor to handle machine learning calculations, or those that enable computers to learn […]

Android P, a new version of Google’s mobile operating system, is due out later this year and will include a deeper Google Assistant integration, a source familiar with the matter told Bloomberg today. It’s just the latest in a series of new features for Google Assistant rumored about in recent days and weeks based on APK […]

Google’s AI chips are now open for public use

As China marches forward on AI, the White House is silent

Last summer, China unveiled a plan to become the world’s leader in artificial intelligence, challenging the longtime role of the United States. (via The New York Times)

Around Valentine’s Day in the US and UK, these things called candy hearts (or conversation hearts or sweethearts) appear: small and sugary, bearing a simple, short Valentine’s message. There are only room for a few characters, so they read something like “LOVE YOU” or “CALL ME” or “BE MINE”. (via AI Weirdness)

“We’re in a diversity crisis”: cofounder of Black in AI on what’s poisoning algorithms in our lives

Timnit Gebru looks around the AI world and sees almost no one who looks like her. That’s a problem for all of us. (via MIT Technology Review)

Sky-high salaries are the weapons in the AI talent war

If you want to command a multiyear, seven-figure salary, you used to have only four career options: chief executive officer, banker, celebrity entertainer, or pro athlete. Now there’s a fifth—artificial intelligence expert. One reason: No one can quite agree on how many there are. (via Bloomberg)

Can we keep our biases from creeping into AI?

Eminent industry leaders worry that the biggest risk tied to artificial intelligence is the militaristic downfall of humanity. But there’s a smaller community of people committed to addressing two more tangible risks: AI created with harmful biases built into its core, and AI that does not reflect the diversity of the users it serves. I am proud to be part of the second group of concerned practitioners. And I would argue that not addressing the issues of bias and diversity could lead to a different kind of weaponized AI. (via Harvard Business Review)