Google-owned Nest today announced that its Nest Hello video doorbell and a smart lock created with Yale are now available for purchase. A Nest Temperature Sensor for tracking and changing the temperature in specific rooms in your home makes it debut today and will begin to ship in April.

The Nest Hello debuted last fall alongside Nest’s security system and outdoor camera, while the Nest-Yale lock has been anticipated for two years.

The Nest Hello sells for $229, Nest-Yale lock for $249, and temperature sensors for $39 for a pack of two, with up to six allowed per household. 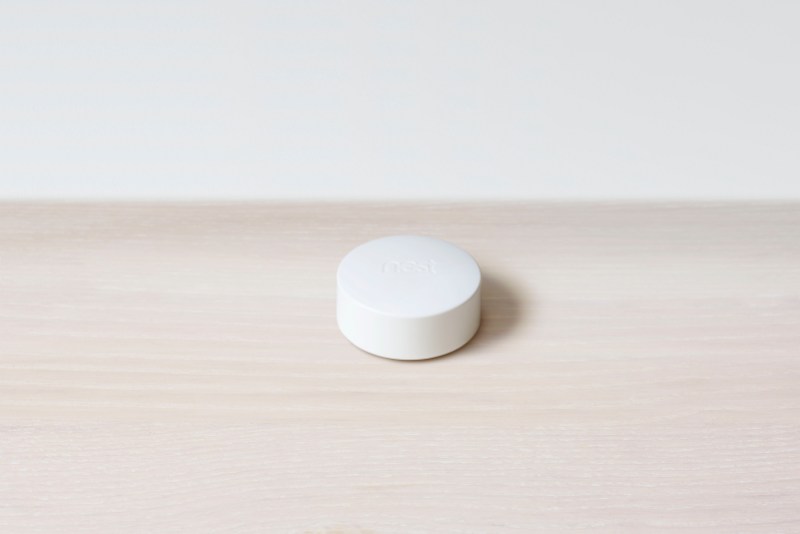 If someone rings the doorbell, Google Assistant in Home speakers will tell you, “Someone’s at the front door.” Subscribers to Nest’s Aware program for 24/7 video recording will be able to identify individual people recognized by Nest Hello’s cameras and facial recognition AI. Nest Hello also comes with a quiet time mode, so doorbell chimes in your home remain silent but an alert telling you who’s at the front door is sent to your phone.

Home speakers are also used to deliver a chime when a sensor from Nest’s Secure home security system senses that a door or window has been opened.

Nest Hello comes with quick responses like: “Hi there, you can just leave it, thanks” for in-home deliveries, or “Just a moment, we’ll be right there” if you need a moment to get to the door.

The Nest-Yale lock can be configured to lock automatically after a certain period of time if you forget to lock it or have received an in-home delivery. The person you let into your home can be seen coming and going with Nest Hello or other cameras. 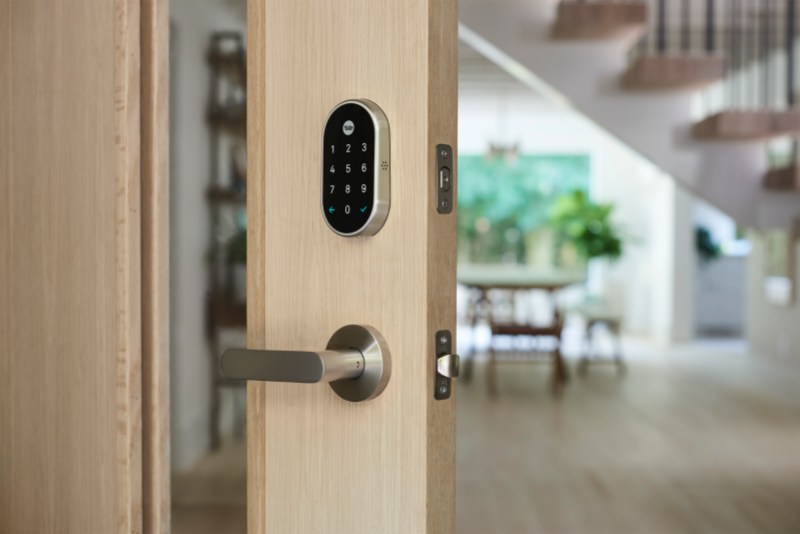 You can use the keypad to unlock your door and lock the door with a tap of your thumb on top of the keypad. You can also use your voice to lock the door, but voice cannot be used to unlock doors. The same is true for voice control of Nest Secure, Nest’s home security service.

Google Assistant has Voice Match to recognize up to six people in a household, but voice technology hasn’t gotten to the point that it can be used to unlock devices based on a recording of your voice, a Nest spokesperson told VentureBeat.

Nest Hello and other devices made available for sale today are coming to market as competition heats up between Google and its rivals in AI assistants and home delivery.

To compete for consumers and bring more AI like Google Assistant to its devices, Google recently brought Nest into its hardware division, while Amazon acquired smart home company Ring for a reported $1 billion.

Cloud Cam was brought closer to Echo smart speakers earlier this week with voice control and the ability to use Echo devices through Cloud for two-way voice communication.

Google and Amazon had a public spat over the fact that Amazon refused to sell Nest products on its online marketplace, and in response Google pulled YouTube access from Fire TV and the Echo Show smart speaker with visual display.

The interplay between Nest Hello and the smart lock will play a critical role when it comes to giving people access to your front door, whether it’s a neighbor who wants to borrow your Crock Pot or a courier with an in-home delivery.