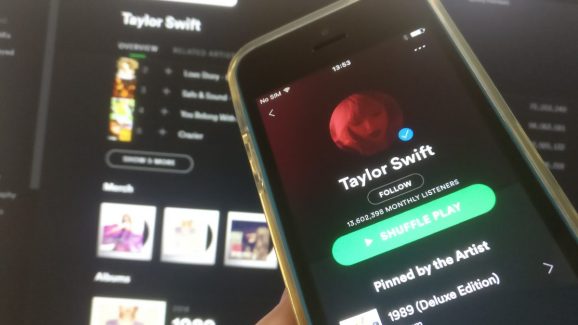 Spotify is ramping up a promotional push ahead of its initial public offering (IPO) next week by issuing its first ever stock market guidance for analysts and prospective investors.

The music-streaming giant filed for its direct public listing on the New York Stock Exchange (NYSE) last month and has been preparing for the April 3 offering via initiatives such as its official Investor Day presentation earlier this month, when it outlined why it’s bypassing a traditional IPO.

We already knew Spotify was trying to guide public attention to its platform growth rather than profits as it looks to outmaneuver rivals such as Apple and Google. And this was clear from its latest guidance, where it outlined some projections for its Q1 numbers, as well as for the full year of 2018.

Digging into these estimations reveals at least one interesting insight into how the company’s ratio of paid to free users is nearing parity.

Last June, Spotify revealed that it had 140 million monthly users overall, and six weeks later it announced that it had 60 million paying subscribers. Those dates are a little out of kilter, but it’s safe to say, through a little creative guesstimation, that Spotify’s paid user base represented something like 39-40 percent of its overall user base. That’s a huge increase on the 25 percent figure from early 2015.

In its filing with the U.S. Securities and Exchange Commission (SEC) last month, Spotify revealed that it had 159 million monthly average users (MAUs) as of December 31, 2017, of which 71 million subscribe to a $10 monthly ad-free plan. In effect, 44 percent of its users are now on a paid plan. By the end of this year, Spotify projects that it will have between 198 million and 208 million MAUs, of which 92 million to 96 million are paying. This is roughly consistent with its previous trajectory, which shows that Spotify gains 10 million new paid members every five to six months. While hitting the magic 200 million MAU milestone will arguably be the bigger headline-grabber (if it happens), the numbers also indicate that Spotify’s paid subscription base is edging ever closer to even, at more than 46 percent.

Spotify has garnered criticism for its ad-supported tier — which rival Apple doesn’t offer — as it purportedly devalues artists’ music by simply giving it away for free. Cofounder and CEO Daniel Ek has maintained that the ad-supported version of the service has allowed the company to attract new users and then convince them to upgrade to a paid plan. In 2014, Ek said that around 80 percent of Spotify subscribers begin as free users, so he had some numbers to back up his assertion that playing the long game was in everyone’s interests.

Based on Spotify’s latest guidance, it appears the company’s onboarding strategy could be working, albeit slowly in terms of its paid to free ratio. It may still be a couple of years before Spotify can claim a 50/50 split or better, but the improving ratio does indicate that more people are willing to pay for a music subscription to avoid having advertisements injected into their listening experience.

That said, increasing Spotify’s paid subscriber base won’t necessarily translate into immediate profits. In its guidance, the company anticipates that its revenue may hit €5.3 billion ($6.2 billion) this year, a rise of 20-30 percent year-on-year, but its operating loss could still be as much as €330 million ($410 million).