In this week’s featured video, Axios’ Dan Primack questions the sincerity of venture capitalists who have recently taken tours of the Midwest to explore investment opportunities, likening the experience to going on vacation:

The way I think about it was, I took a ski trip with my family 2 weeks ago, and I remember saying to my wife at one point, many I could live here, this seems great, and then we drove home. And that’s kind of what this is. We’ve seen no actual movement of venture capitalists into the Midwest from either coast, and I don’t think we’re going to.

Further cooperation is necessary, but it’s not clear yet what a successful model looks like. Rise of the Rest has begun hosting annual summits to ensure venture capitalists, ecosystem builders, and entrepreneurs are meeting regularly to discuss what’s working in their tech community and what isn’t.

When I spoke with Rep. Tim Ryan — whose “Rust Belt safari” was the subject of Axios’ video — he said that the goal was to encourage participants to continuously speak with some of the organizations they visited with on the trip, perhaps by video conference every month.

However, in order for this to work, venture capitalists will truly have to see the Midwest as a source of valuable deal flow — and not just a place to go when they want to escape from Silicon Valley for a few days.

As always, thanks for reading, and please send me your thoughts via email.

P.S. Please enjoy this video from Axios, “Is Silicon Valley over?” 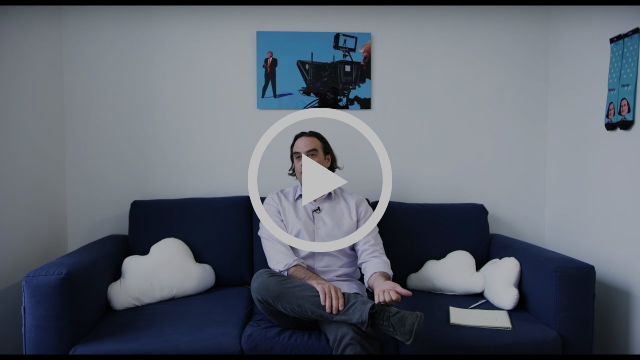 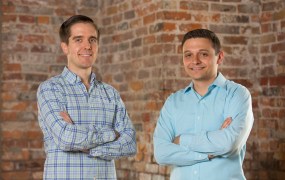 While the Midwest continues to lag Silicon Valley in the total amount of venture capital raised, there is still progress being made as more of the region’s fast-growing tech startups raise rounds that are closer to Silicon Valley-size. Root Insurance, a Columbus-based car insurance startup that calculates insurance premiums based upon driver behavior, announced today […] 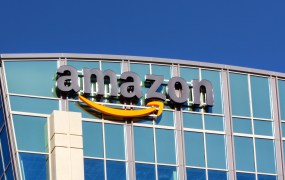 GUEST: There’s an unspoken rule virtually every startup in the last two decades seems to have followed: If you start hiring more people, lease or build bigger offices. Just ask commercial real estate brokers, for whom tech growth since 2010 has created an unquenchable demand for more and more space. Once tech companies grow even larger, […] 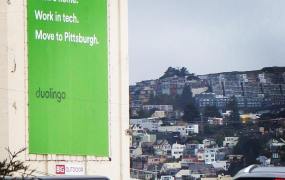 Duolingo to Silicon Valley workers: Move to Pittsburgh, where you can actually afford a home

As the cost of living continues to rise in Silicon Valley, tech companies in other parts of the country are getting more aggressive in pitching workers to move to their cities for a better quality of life. This week, the language-learning platform Duolingo put up an ad along San Francisco’s US Highway 101, encouraging residents […] 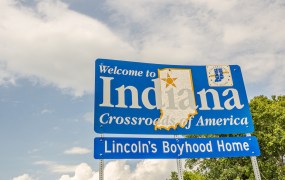 Fishers, Indiana hopes to build a tech hub in the suburbs with the state’s first IoT Lab

The cities angling to become a tech hub in the Midwest typically fall into one of two categories. There are college towns, like Columbus and Ann Arbor, and traditional hubs of Fortune 500 activity, like Chicago and Minneapolis. Then there’s Fishers, Indiana — a suburb of 90,000, located 20 miles northeast of Indianapolis. On Wednesday, […]

Why Silicon Valley Hasn’t Moved to Texas (Yet)

Texas has a rich tech history, but it lacks California’s startup culture. (via Bloomberg)

New Territory founder Bill Myers is working to build a company based on virtual reality in Akron, but he says the technology is starting to show up at firms and institutions across Northeast Ohio. (via Crain’s Cleveland)

How a Boise Company Thrives in the Global Chip Business

Even if you’re not a gadget geek, you likely know whether your laptop is powered by an Intel chip or one from a competitor like AMD. The sticker plastered next to your keyboard won’t let you forget. But even if you know your Ryzens from your Ice Lakes, you probably don’t put much thought into who makes the memory chips that store your data and keep your laptop and smartphone working. There’s a decent chance at least one of your gadgets includes memory made by a company called Micron Technology. (via Wired)

How Shipbob Became One of Chicago’s Hottest Logistics Startups

Before Shipbob got into Y Combinator, raised more than $22 million in funding, expanded its logistics business to five warehouses across the U.S. and became one of Chicago’s hottest startups, it began as a couple of guys stopping people outside the post office. (via Chicago Inno)