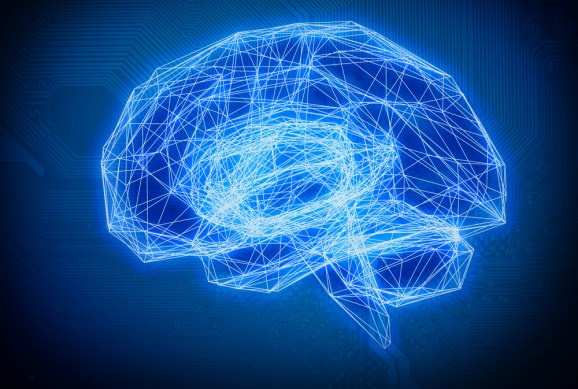 What do Einstein, Watson, and Sensei have in common? All three brands are supposed to encompass a major tech company’s AI features, and they all need to go away.

It’s easy to see why a company would want a megabrand to represent its AI efforts — such a brand makes it possible to consolidate all of a company’s innovation under a single umbrella and promote all of it at once.

That’s obviously much better for marketing than introducing a bunch of disparate AI features for different products that may not influence one another at all. There’s also a nefarious reason: Companies can use these brands to hide capabilities that seem AI-powered but aren’t.

Take the Conversational Queries feature in Salesforce’s Einstein Analytics product, which the company announced earlier this month. When I first spoke with them about it, I thought that it was tied to other Einstein AI efforts, especially since Salesforce Research worked on a system to translate natural language into SQL queries.

But that’s not the case. The feature just matches patterns from what customers type with metadata that’s fed into the analytics system. Until I brought up the topic of Salesforce Research’s paper, the company representative I spoke to didn’t mention anything about the feature’s disconnection from the AI capabilities that Salesforce has been rolling out over the past couple years.

It’s a feature of Einstein Analytics, not Einstein, and therefore isn’t necessarily connected to the company’s AI efforts. That’s a fine distinction, but apparently one that Salesforce is okay with.

IBM pulls the same tricks with its Watson brand. Although they share a name with the system that wowed people by winning Jeopardy, the features IBM sells aren’t going to win a game show. And while company representatives talk about Watson as a single entity, it’s just an overarching brand with sets of capabilities that don’t necessarily benefit one another. If the company starts parsing social media posts better, that doesn’t mean it’ll suddenly become more adept at spotting cancer.

I’ve seen these megabrands undermine potential customers’ trust in the actual intelligent capabilities that companies provide. Technical decision makers ask me all the time whether one of these companies is really doing AI, and I think part of that mistrust can be traced back to the marketing behind their brands.

In each case, these companies are doing actual work with AI and have at their disposal large datasets that can be used to train unique models, but the smokescreen provided by their brands confuses the very people they’re trying to reach and makes the company seem less serious.

Rather than tack a brand name onto an entire suite of AI capabilities, companies would be better off applying the term judiciously. One complaint I frequently hear from people both inside and outside the tech industry is that it feels like AI is being applied too broadly and too often. Companies large and small add to this by sprinkling a little extra pixie dust on everything they do, like all the startups suddenly pitching themselves as AI companies. Large businesses like Salesforce, IBM, and Adobe are important contributors to the way people perceive AI, and it’s incumbent upon them to act responsibly or face a serious backlash.

Companies like Google, Microsoft, and Amazon tend to have the right idea. Each one wraps AI capabilities in fairly narrow features and individual brands (though Microsoft used to bundle some of its AI capabilities into the Cortana Intelligence Suite, which had basically nothing to do with its virtual assistant of the same name), in keeping with the current state of the art in AI. We’re a long way away from generalized artificial intelligence, and the way we represent these capabilities in public should reflect that.

For AI coverage, send news tips to Blair Hanley Frank and Khari Johnson and guest post submissions to Cosette Jarrett — and be sure to bookmark our AI Channel.

P.S. Please enjoy this video showing how Google’s TensorFlow AI framework can help with the cultivation of Cassava:

Google today unveiled a slew of updates to its popular TensorFlow machine learning framework aimed at making it useful for a wider variety of developers and providing data scientists with new ways to get started building AI models. TensorFlow is one of the most popular programming frameworks developers can use to set up and run machine […]

French government’s new AI strategy gets a boost from DeepMind, Samsung, and Fujitsu

The French government unveiled a new strategic initiative today that seeks to make the country a world leader in artificial intelligence without compromising its notions of privacy and security. The outlined proposals got a lift from a series of related corporate announcements, including plans by Google’s DeepMind and Samsung for new Paris labs and Fujitsu’s expansion […]

Spoke, a company that aims to help businesses get their internal processes together through an automated ticketing system, exited beta today, after a soft launch in October 2017. Users can ask questions of the software through email and Slack, and it will use AI to analyze the text of their question and try to find […]

Nvidia CEO Jensen Huang said today that the autonomous Uber crash in Tempe, Arizona last week would likely lead to more investment in self-driving cars, not less. “I believe as a result of what happened last week, the amount of investment into the seriousness of [autonomous vehicles] is going to go up,” he said during […]

Waymo, the self-driving car unit of Google parent company Alphabet, has announced a partnership with Jaguar Land Rover to engineer what it’s touting as “the world’s first premium electric fully self-driving vehicle,” according to a Waymo blog post. U.K.-based Jaguar Land Rover unveiled its first pure electric vehicle (EV), the I-Pace, back in 2016, though the […]

Microsoft announced today that its use of specialized hardware for AI computation allowed it to get more than 10 times faster performance for a machine learning model that powers functionality of its Bing search engine. The system, which the company calls Brainwave, is designed to take a trained neural network and run it as quickly […]

How coders are fighting bias in facial recognition software

Software engineer Henry Gan got a surprise last summer when he tested his team’s new facial recognition system on coworkers at startup Gfycat. The machine-learning software successfully identified most of his colleagues, but the system stumbled with one group. “It got some of our Asian employees mixed up,” says Gan, who is Asian. “Which was strange because it got everyone else correctly.” (via Wired)

Inside an old auto body shop here in Silicon Valley, Stefan Avalos pushed a movie camera down a dolly track. He and a small crew were making a short film about self-driving cars. They were shooting a powder-blue 1962 Austin Mini, but through special effects the rusted relic would be transformed into an autonomous vehicle that looked more like the DeLorean from “Back to the Future.” (via The New York Times)

Traffic police in the southern Chinese city of Shenzhen have always had a reputation for strict enforcement of those flouting road rules in the metropolis of 12 million people. (via SCMP)

Watch a computer learn to play ‘Doom’ inside a dream

The ability to practice real-world skills inside a dream and then use those skills in waking life is part bong water fantasy and part scientific enigma. Dr. Daniel Erlacher at the University of Bern in Switzerland, for example, has conducted numerous studies on the effects of practicing activities like squatting and dart throwing in a lucid dreaming state—the “waking dream” phenomenon—and then trying them in real life. (via Motherboard)

Artificial intelligence looks certain to revolutionize medicine, but research from Google Cloud suggests it may be more challenging than many people suspect. (via MIT Tech Review)