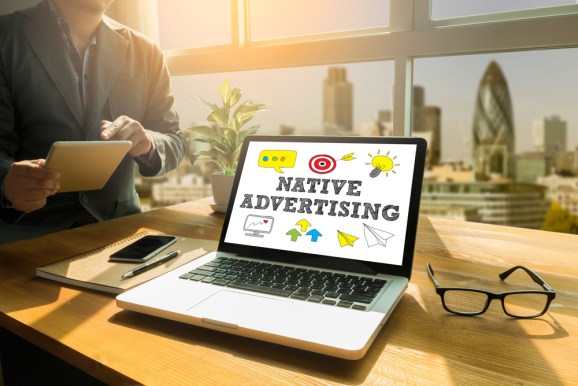 Native advertising has seen somewhat of a renaissance in recent years, primarily driven by the need to supplement ads that are being blocked by both third-party tools and major browsers. And specific industries are driving continued growth in the native ad industry, according to a new study released by Nativo today.

The report is, in fact, a significant update on Nativo’s three-year study of native advertising, which was the first report of its kind to break native ad spend down by vertical. The new edition includes 2017 figures and has found some compelling results.

While the automotive industry kept its top spot, travel has landed the No. 2 position, mostly due to a 519 percent jump for airlines and a 222 percent increase for hotels.

“This year we surveyed native ad spend data a level deeper than last year’s three-year benchmark report and began looking at subverticals,” Casey Wuestefeld, vice president of campaign operations at Nativo, told me. “Historically, spend from the travel segment was mainly comprised of regional tourism boards, vacation destinations, and theme parks. While those continued to show healthy year-over-year growth in 2017, we also saw tremendous increases in the airline and hotel subverticals. Various regional advertisers also had a strong showing last year, as they increasingly recognized the value of content across their high-involvement funnels.”

Analysts note that the travel industry is seeing a boom, and it appears that marketers are turning to native ads to ensure that they ride the wave while it still exists.

“Because of strong economic indicators such as a strengthened labor market and increases in disposable income and house prices, Deloitte projected healthy travel demand for all types of trips throughout 2017,” Wuestefeld said. “Naturally, travel brands seeking to capitalize on renewed consumer confidence increasingly tapped native advertising as a strategic marketing vehicle. Native advertising allows advertisers to nurture consumers through the funnel by creating really rich and differentiated content experiences that provide useful information.”

The automotive industry stayed at the top of this year’s report refresh. In particular, Asian OEMs saw explosive growth from 2016 to 2017, contributing to the auto manufacturer subcategory’s 56 percent increase. What ties automotive and travel together, and why are those sectors in particular turning to native ads?

“We have long suspected that things like car purchases and vacations, which require high-involvement decisions and considerable research on the part of consumers, are a perfect fit for native,” Wuestefeld said. “Sponsored content formats allow advertisers to engage consumers with meaningful information to help with the decision-making process. It provides a level of detail that standard ad units are incapable of. When we refreshed the 2017 data, we were surprised to see that all of the highest spending verticals supported our hypothesis.”

Not every industry type is benefiting from native advertising, however. Typically a B2C marketing channel, Nativo believes B2B organizations are missing out.

“It’s interesting to note that for B2B’s relatively heavy investment in content, we would have suspected native ad spend to appear as a top spending vertical,” Wuestefeld said. “This goes to show that there may still be a major opportunity in the coming years for B2B advertisers to bridge the gap for amplifying their branded content with their paid media initiatives.”

Today’s report includes a significant number of insights for both marketers and advertisers. In addition to the updated three-year study, Nativo recently produced a paper that takes a deep dive into what works, and what doesn’t, within automotive industry digital advertising. U.S. automotive digital ad spend is expected to see consistent double-digit growth — eMarketer projects it will reach $14.4 billion by 2020.

While that report — which takes in digital ad data from more than 300 million viewable impressions over a 12-month period (September 2016 through August 2017) — covers digital ads in general, today’s study on native ads shows that the format still has a significant part to play in the future, primarily as part of a broader strategy.

“As advertisers continue to look for ways to tell more impactful stories to consumers, native advertising and sponsored content will converge with standard ad formats to create a more holistic narrative arc,” Wuestefeld said. “Display banners will become more native-like in appearance, matching the form of each site they appear on and focusing on driving traffic and capturing action. Likewise, video will be increasingly served in the editorial feed to foster awareness. Moreover, sponsored content will become less bespoke as advertisers look for ways to amplify and extend the value coming from their existing content. This marriage of content marketing and native amplification will help tie the narrative arc together throughout the consumer journey, from awareness to action.”

This holistic marketing view is consistent with an ever-changing consumer landscape, where potential customers cross devices and channels as they decide what products and services on which to spend their hard-earned cash.

“The interplay between all these formats will make it possible for marketers to guide consumers through key stages of their journey and ultimately deliver on the original promise that digital sold to brand advertisers back in the early days of the web,” Wuestefeld said.

The full study is available from Nativo’s website from today.