The most obvious change is the form factor. The 50.5-inch Surface Hub 2 trades the outgoing model’s 16:9 aspect ratio for 3:2, ups the resolution to “greater than 4K,” and reduces the weight to between 55 and 77 pounds, which is lighter than the first Surface Hub. This apparently brings it in line with Microsoft’s Surface laptops and tablets, which the company says were designed to give the look and feel of a piece of paper.

The reduced weight and size allow the Surface Hub 2 to sit on a rolling easel-like stand for portability or mount to a wall — in a blog post, Microsoft said it’s working with Steelcase to produce wall mounts and stands. The Surface Hub 2’s specially engineered hinge allows it to spin 0 to 90 degrees while dynamically adjusting the orientation of content on the screen. Another nifty feature, called tiled display, allows up to four Surface Hub 2s to be interlinked side by side to form a single, ultra-wide screen. 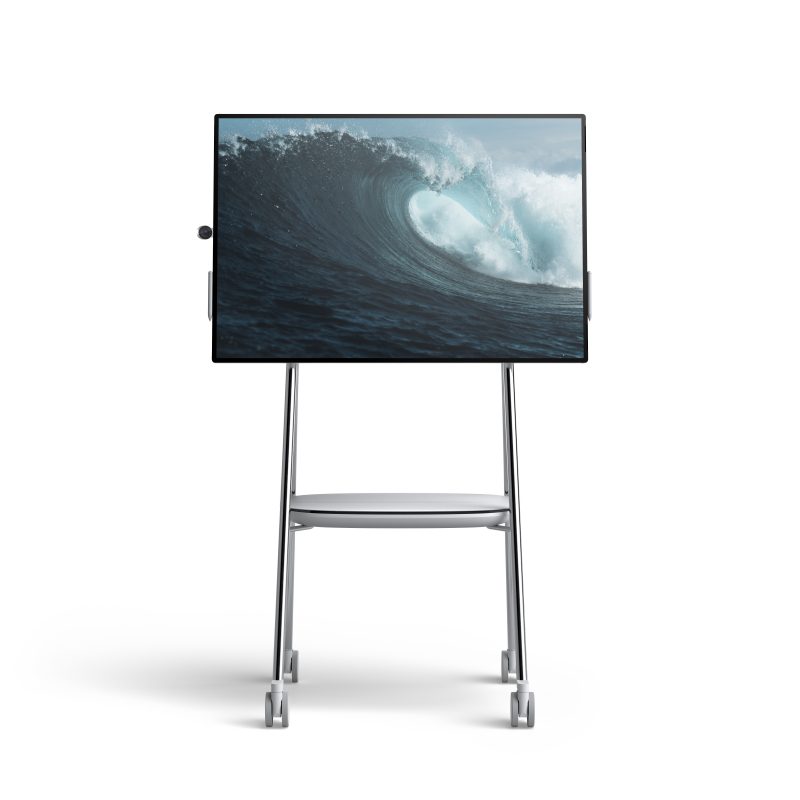 The Surface Hub 2 enters a crowded field of digital whiteboards, where it’ll compete squarely with Jamboard, Google’s $5,000 4K GSuite-optimized whiteboard, and Cisco’s $4,990 Spark Board, which runs the company’s Spark Flex enterprise subscription suite, among others.

Microsoft declined to provide a release date or pricing but said that it’ll begin testing the Surface Hub 2 with “select commercial customers” this year ahead of general availability in 2019. The original Surface Hub started at $9,000.

Time will tell if the Surface Hub 2 can replicate the success of the original Surface Hub, which shipped to 5,000 customers across 25 markets last year, according to Microsoft.