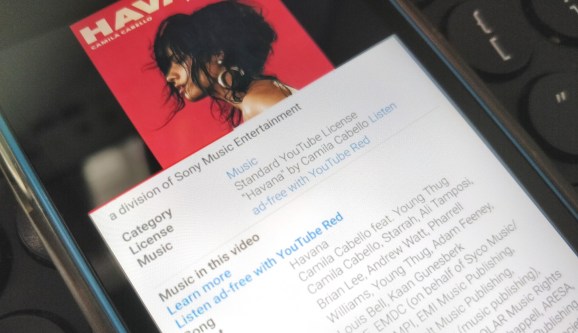 In case you missed it, YouTube is launching a new music-streaming service next week called YouTube Music. It’s actually not entirely new, because YouTube already has an app called YouTube Music in a handful of markets. But the Google-owned company is now getting serious about the service.

The revamped YouTube Music will sport a bunch of new features, such as personalized playlists, and will now offer its own $10/month subscription that removes ads and includes access to key features such as offline and background listening. It will also be expanding beyond its existing five markets to many more, in Europe and elsewhere.

Put simply, YouTube is now taking on Spotify and Apple Music in a big way.

YouTube has evolved almost beyond recognition in the 12 years since Google acquired it. Along the way, it has splintered into multiple standalone entities and supporting products, and it can often be tricky keeping tabs on everything that has the famous YouTube logo emblazoned across it. Here’s a quick look at each of them.

YouTube is the main flagship YouTube app that you all know and love, featuring everything from cute cats and election speeches to football classics and everything in between.

YouTube Music launched back in 2015 with a focus on, well, music. So far, it has only been available in the U.S., Australia, New Zealand, Mexico, and South Korea. In the future, the service will expand to many more markets, including Canada, the U.K., Austria, Denmark, Finland, France, Germany, Ireland, Italy, Norway, Russia, Spain, Sweden, and Switzerland.

YouTube Music is quite closely aligned with the Google Play Music app, too, and it seems that the former will completely replace the latter in the foreseeable future. For now, though, they will run in tandem.

Google launched its “offline-first” YouTube Go app in India last year as a beta product, and it was officially unveiled in 130 markets a few months back. The Android-only app was redesigned from the ground up to work where internet connections are patchy, and thus it’s not widely available in Western markets, such as the U.S.

YouTube Kids launched in early 2015 and is now available in nearly 30 markets around the world. Although it promises kid-friendly content, it hasn’t always delivered and the app continues to court some controversy.

YouTube Gaming also launched in 2015, and it is the place to go to watch other people playing games or to broadcast your own gameplay.

Coinciding with the launch of its Daydream View VR headset in 2016, Google launched the standalone YouTube VR app that promises to transform every YouTube video into a VR experience.

YouTube Studio, previously known as Creator Studio, has been rolling out more widely this year after an extended beta period. The app offers a dedicated interface for creators to manage their videos and channels, while also serving up stats and an easy way to respond to comments, among other features.

You … get the picture

To the best of our knowledge, these are all the official YouTube apps available for mobile phones, and it’s clear that Google has sought to create siloed ecosystems targeted at big niches within the broader YouTube community. If all you’re interested in is music or gaming, then the clutter of YouTube is a distraction. And if you want to entertain your kids, you’d probably like at least a little peace of mind.

This just leaves us with one question: Does Google have more YouTube apps than messaging apps?