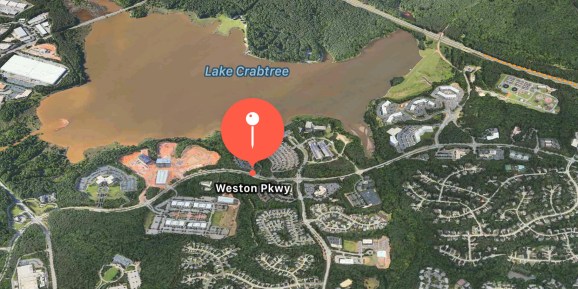 Separate reports from North Carolina and Northern Virginia suggested yesterday that Apple was considering both East Coast locations for its upcoming fourth U.S. campus, but a new report is adding significant weight to North Carolina’s prospects. WRAL reports that Apple could announce its commitment to the Tar Heel State in early June, as legislators are close to approving an incentive package, and one source calls Apple’s move “a done deal, as soon as we pass this bill.”

The WRAL report says that Apple’s investment will range between $1.5 billion and $2 billion, creating up to 10,000 jobs with an average annual salary of around $130,000. Interestingly, “many of the jobs would be high-tech research and development jobs,” the report says, suggesting that Apple expects to expand the site beyond its initially noted technical support functions. One source said that Apple would start with 3,000 new jobs, expanding to between 5,000 and 10,000 employees over the long term.

Apple’s move into North Carolina is expected to consist of two stages: a 1,000-employee leased site off Weston Parkway in Cary, followed by a move to a 300-acre site in Research Triangle Park in Wake County. The company is also expected to spend between $900 million and $1 billion on a new datacenter in Catawba County, where it already has a facility.

North Carolina’s incentive deal is not expected to include any upfront grant money for the world’s largest company. Instead, it substantially cuts Apple’s employer withholding taxes, ensures that a portion of withholding money will be used for rural development, and offers 30 years of property tax abatements. “They want 30 years of stability,” a source told WRAL.

The only curious part is the apparent scope of the project. While a report out of Northern Virginia yesterday claimed that Apple was looking to bring up to 20,000 people to a new campus there, the North Carolina plan appears to be smaller in scale. Apple may be offering conservative estimates for regulatory reasons, or the company could be considering different uses of multiple locations.

By contrast, Amazon is said to be exploring the Research Triangle area as a contender for a second headquarters, with up to 50,000 jobs. Yet WRAL’s sources described Apple’s smaller commitment as “a bigger prize than Amazon” because of its faster ramp-up plan and better proportion of high-paying jobs.

As was the case with the prior Triangle Business Journal report, WRAL unsurprisingly was unable to get local officials to comment on the record about Apple’s future plans. But it notes that “two North Carolina sources said Wednesday that they believed this state was Apple’s favorite from the start.”