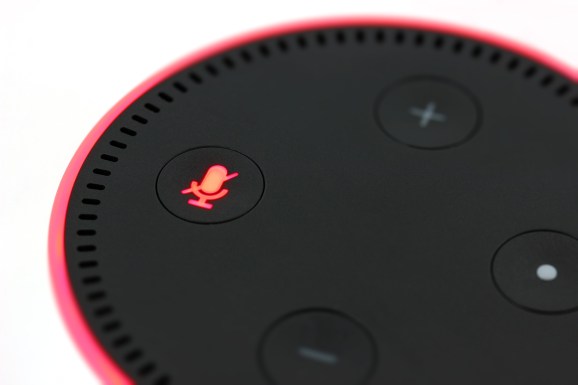 Amazon is introducing a feature that will allow Alexa to suggest voice apps when you don’t know what app to ask for. Instead, you will be able to simply tell Alexa what you want to accomplish to receive recommendations of skills to help you achieve that goal.

Now in beta, the CanFulfillIntentRequest interface can be used by the creators of Alexa skills in the U.S. to alert Amazon to the kinds of questions their skill may be able to answer or queries the skill is able to fulfill. Amazon’s Alexa Skill Store now has more than 30,000 voice apps, and getting users’ attention can be something of a challenge. The intent request introduced today should help users discover more voice apps and connect developers making skills with a larger audience.

Since in-skill purchasing was introduced earlier this month, the feature added today could help drive commerce for businesses and the makers of skills who — until recently — haven’t had many ways of getting paid for a voice app, beyond subscriptions, making skills for businesses, or Amazon’s payment program for highly engaging skills.

The discovery of apps for devices with no screen — like most smart speakers — has been a longstanding challenge for the makers of AI assistants like Alexa, Siri, and Google Assistant.

Amazon has been working to extend this type of discovery feature to users for some time now. Last year, Alexa began to answer requests like “Alexa, I need a ride” with Uber or Lyft skill recommendations. Today, if you say “Alexa, help me cook dinner” you will receive recommendations for Allrecipes or Food Network, but once you’ve heard those suggestions, the speaker stops talking.

The addition of CanFulfillIntentRequest opens recommendations to a much wider selection of skills.

Though the new feature may allow users to find skills in a more natural way and facilitate discovery of skills developers’ work, a conversational UI, like any other form of search, has its limits.

For example, today if you say “Alexa, help me relax,” you will receive recommendations for Headspace’s meditation skill, as well as several skills for ambient sounds, but after hearing about five or six different skills you may begin to lose interest.

A machine learning model is also used to determine which skill is best suited to fulfill a user’s request. Factors considered in which skill Alexa shares include engagement level, rating, and confidence in match. Amazon will continue to experiment with its Alexa’s skills recommendation system during the CanFulfillIntentRequest interface beta, a company spokesperson told VentureBeat in an email.

Updated 4:44 p.m. Pacific, May 31 with comments from an Amazon spokesperson.